09sharkboy is a Canadian Youtube star, gamer, and social media personality. He is currently single. 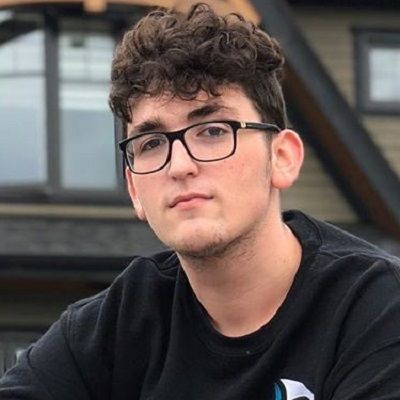 What is the relationship of 09sharkboy(Andrew Smith)?

He is fond of Four wheelers and is also a dog lover.

Previously, he was in a relationship with Emma. Emma is also a Youtuber and Minecraft gamer.

He is best known for his Youtube channel Shark and his gaming videos mostly on Minecraft.

As of January 27, 2020, he uploaded a video titled, 5 *BEST* SECRET Minecraft Houses You’ll NEVER FIND!, on his YouTube channel, Shark.

09sharkboy was born Andrew Smith on January 24, 2000, in Toronto, Canada. His birth sign is Aquarius.

He has not disclosed any information about his family members as well as his education.

His first video titled, I MET TOBUSCUS, which featured about meeting Tobuscus three years later. Tobuscus is also a YouTuber and has a self-titled channel opened in 2006. He also collaborated as well as featured his good friends like MangoTango, FavreMySabre, and SGCBarbierian on his youtube videos.

Smith performed the act of different characters from different movies or series such as The Maze Runner, Star Wars, Fallout, The Purge, Interstellar, and Yandere.

Smith has 379 k subscribers on his YouTube channel LifeOfShark. He joined YouTube on September 8, 2016, and the channel has reached views in million. This channel featured his day to day lifestyle and his traveling videos.

Smith has another YouTube channel titled SharkPlays with 193k subscribers. He started this YouTube channel on January 25, 2017, and the channel has reached views over four hundred thousand. In this channel, he featured the Fortnite Battle Royale! gamming. He also called his fans and followers #SHARKARMY.

Smith has an online store 09sharkboy.com for buying and selling goods. This site has featured different Accessories, Shirts, Hoodies which all include the SHARK brand on it. People also can buy these products at their affordable or discounted prices.

As a YouTuber, he has three different YouTube channels. All three have a huge fan following. So his average estimated earnings are $20 k to 40 k.

Smith is a black-eyed brunette. His height is 5 feet 10 inches and weight is 70 kg.

Smith has 209k followers on Instagram. He already has over a hundred posts on his Instagram wall. He followed a personality like Damon Fryer, Jake Paul, Jordan Belfort, and Danny Duncan.

He is also active on Snapchat with id thelifeofshark.