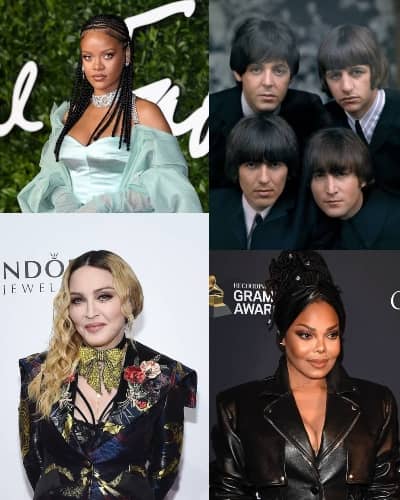 When it comes to the music industry, the competition is fierce! While numbers aren’t everything, at least for a few artists, scoring a number one hit on the Billboard Hot 100 is a feat every musician wants to earn.

Despite some of the biggest names in the current industry dominating the charts, it is some of the classic icons from the 70s, 80s, and 90s, who hold the record for most hits.

The Supremes are tied with Madonna regarding the number of hits, but it’s not just the fact that they have 12 number one hits that is interesting. They had five No. 1 single in a row: “Where Did Our Love Go,” “Baby Love,” and “Come See About Me” in 1964, then “Stop! In the Name of Love” and “Back in My Arms Again” in 1965.

To no one’s surprise, the greatest rock band of all time holds the record to the most number-one hits, though it was very close. “Love Me Do, She Loves You,” and “I Want To Hold Your Hand” were some of The Beatles’ first hits.