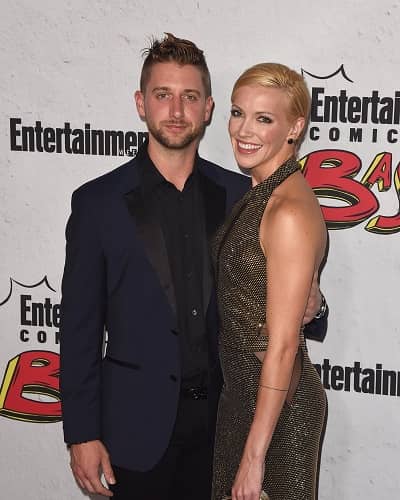 Jay Culter is a former American Footballer and Kristin Cavallari is a TV personality who walked down the aisle on 7th June 2013 in Nashville Tennessee. Similarly, they have three children Camden Jack born on 8th August 2012, Jaxon Wyatt born on 7th May 2014, and Saylor James born on 23rd November 2015.

They decided to end their marriage in April 2020 just at the beginning of the Covid pandemic. Likewise, they have filed for a divorce which is to be finalized soon.

Tom Girardi is an attorney and Erika Jayne is a singer and actress who got married on 7th January 2000. After almost 20 years of married life, Erika Jayne filed for divorce on 3rd November 2020.

They do not have any children together and she has requested spousal support from Tom.

Jaime filed for divorce on 18th May 2020 in Los Angeles and they have been having a custody battle since then. Kyle has recently filed for sole physical custody of their children.

Russian dancer Gleb Savchenko walked down the aisle with Elena Samodanova on 12th July 2006. Similarly, Elena gave birth to daughter Olivia in 2011 and Zlata in 2017.

On November 6, 2020, Gleb revealed that he and his wife Elena have filed for a divorce after 14 years of marriage.

American actor Rob Riggle has been married to Tiffany Riggle since 13th April 1999. Together they have two children, daughter Abigail and son George.

On 5th October 2020, Tiffany filed for divorce after 21 years of marriage and asked for joint custody of the children.

American Rapper Dr. Dre and Nicole Young tied the knot on 25th May 1996. Together they have two children Truice born in 1997 and Truly born in 2001. Dr. Dre has more children from his relationships.

Nicole filed for divorce from Dr. Dre in June 2020. Their divorce is yet to be finalized.

TV presenter Ant Anstead whose nuptial was held at Newport Beach home with Christina Anstead on 22 December 2018 has decided to end their marriage. Also, they have a son named Hudson London Anstead.

Christina filed for divorce after having conflicts in their marriage.

Former Rugby Matt Dawson was married to Caroline Hauskeller. Likewise, he announced the news of his separation from his wife on 21st September 2020 via Twitter.

Together they have two children Alex and Sami.

Ray J is an American singer who walked down the aisle with Princess Love at Los Angeles Cathedral of Saint Vibiana on 12th August 2016. Likewise, they have two children Melody Love born on 22nd May 2018, and Epik Ray born on 7th January 2020.

In May 2020, Princess filed for a divorce. Similarly, their divorce is yet to be finalized.

American actress Katie Cassidy married Matthew Rodgers on 8th December 2018. But almost after a year of marriage, the couple decided to end it.

Dalton Gomez vs Pete Davidson’s ring! Ariana Grande got engaged for second time! When is her marriage?
Tags : Actor Singer