22Gz is an American rapper as well as a songwriter. He is currently single.

22Gz’s relationship status is possibly single. He has not shared the details of his current affair or girlfriend. 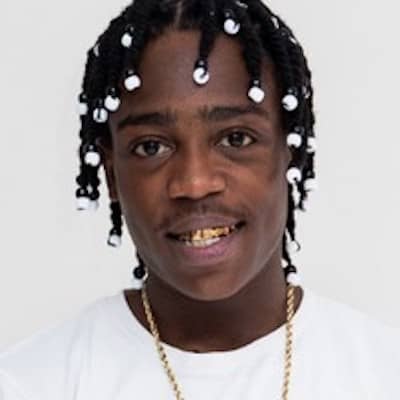 22Gz is an American rapper as well as a songwriter. He is popular for the music mixtapes The Blixky Tape, Growth & Development, and more.

His birthdate is 29 Nov 1997 and he was born in Brooklyn, New York, the US as Jeffrey Mark Alexander. But the name of his mother plus his father is unknown.

But he never saw his dad as he passed away before Jeffrey was born.

22Gz’s ancestry is Guyanese and has an older brother who is in jail. Regarding his academics, the particulars are not shared.

22Gz is an emerging face of the musical world. He is a hip-hop artist and has given his fans several musical projects.

His first mixtape was titled The Blixky Tape that hit the media in July 2019. Further, after a year in April, his second mixtape Growth & Development came out.

Recently in March 2021, Jeffrey’s third project The Blixky Tape 2 came out which is loved by the viewers. Some of his other singles are Vamanos, UP Next, Invest in a Ratchet, Spazz Out, Drifting, Telephone, No Questions, etc.

He was also featured in other albums named 2 Many Situations, Back da Fuck Up, High Horse, T’d Up, Vol. 1, etc.

As of 2022, he has an estimated net worth of around $750k US. The yearly salary from his musical journey is not calculated.

This rap artist at present is keeping himself away from rumors and desperate scandals.

But in the year 2014, a case against him for conspiracy to commit murder was dismissed. Another case of 2017 was also dropped but he spent five months in jail.

He was charged with second-degree murder and while he was in jail, he did a Facebook Live video. Further, Jeffrey and other rappers were removed from a concert at Rolling Loud due to a possibility of a higher risk of violence because of their performance.

22Gz’s height and body weight are average. In addition, his eyes are dark brown and he has hair in black color.

Jeffrey is available on many social sites. But on Instagram and Twitter, he has more than 462k and 22k followers respectively.