38, Britney Spears rocking in bikini with her boyfriend in Miami. Who is Britney’s dating?

Updated On October 12, 2022 | Published By: Frances West | In Lifestyle , Relationship , Wellness
Share this 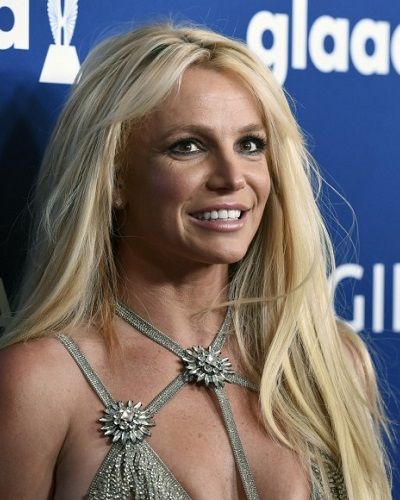 American singer and songwriter Britney Spears is 38 on 2nd December 2018!

Britney Spears is dating her trainer. OMG, how cool and fun is that!!!

She celebrated her big day in Florida, Miami pool on Sunday, December 1.

Britney’s 38th Birthday Celebration with her boyfriend. What is his name?

The singer/songwriter Spears celebrated her 38th birthday by enjoying multiple activities like hitting the beach, bowling, and even ice skating. The celebration went on with the tall birthday cake featuring a collage of several photos from throughout her career all over it.

Sam and Britney relaxed on a floating pool chair in the water in a bikini, alongside chatting with her boyfriend Sam Asghari. Sam was dressed in shorts and a polo, on chaise lounges poolside.

Moreover, she also spent some time outside as she showed off the Miami sunrise. Afterward, she shared a clip of an art installation on the beach for Art Basel. In the birthday video, she also showcased her stellar skating skills where she was not that good as Spears was falling over back.

Britney is encircling herself with the positive vibes in the atmosphere of continuing drama over her conservatorship. However, she also went up to the treatment of her mental health issues earlier this year.

“She has spent the last year prioritizing herself and her well-being, something she did not have a chance to do as much during her Las Vegas residency. Britney has had less time with her sons but got really close with her mom, Lynne, and sister, Jamie Lynn, again recently. She spends most of her time at home with her boyfriend, Sam, or alone.”

You may also read Tristan Thompson Gifted Khloe Kardashian On Her 35th Birthday!!

Britney was not in the limelight a few months back. She was dealing with legal issues of a custody battle for her son. Prior, there was an agreement of 50/50 custody of her son with her ex-Kevin Federline. However, it now changed to 30/70 in his favor.

As per the source, she is surrounded by many legal and family dramas, she is trying to keep up with her life on a track.

Spears is a famous American singer and dancer and occasional actress. She is best known for her first and second studio albums, …Baby One More Time (1999) and Oops!… I Did It Again (2000).

She has been on the top of the list of most searched celebrities seven times in 12 years. Spears is nicknamed ‘The Princess of Pop’. FHM ranked her #2 on the list of “100 Sexiest Women in the World”. See more bio…

You may also read: Update on Britney Spears and Sam Asghari relationship!

Brandon Jenner states why family members were not waiting when Caitlyn Jenner got eliminated from the reality TV show!
Tags : American singer Songwriter