600Breezy seems to be single as of now.

Earlier, he was in a relationship with fellow rapper Queen Key.

However, their relationship didn’t long last, and got separated after some disputed and scandals.

In 2019, Key announced her pregnancy with triplets and the public speculated that 600Breezy was the father of her children.

However, he later denied the claims. Key gave birth to her triplets named Krown, Kash, and Kreative in March 2020.

The rapper later dated a girl named Sky. Shortly after, they also broke up. 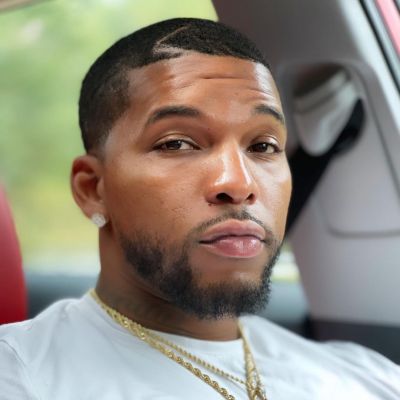 600Breezy is a well-renowned rapper and songwriter from Chicago, Illinois, United States. He is best known as a member of the Black Disciples gang.

The rapper got recognition after the release of his single debut, “Don’t Get Smoked” in 2014.

600Breezy was born on the 16th of April 1991, in Chicago, Illinois, United States. His birth name is Antonio Valentino King.

The rapper hasn’t shared anything about his parents and siblings in the media. Also, his academic background is under the curtains at the moment.

Further, he is of American nationality and belongs of African-American descent.

In 2014, 600Breezy released his debut single, “Don’t Get Smoked” and later released its official music video in June. He then released other singles such as “24 Bars” and “Lotta Gang Sh*t”. The following year, he collaborated with S.Dot on “King of the Six” and Huncho Hooso on “Stupid”.

Similarly, he released his mixtape “Six0 Breez0” in August 2015 which included 19 tracks and some popular singles are “Do Sum” and “60 on Top”. Later on, Breezy launched a label of his own named 600 Cartel. Presently, he is signed to Empire Records. He shared a stage with fellow rapper Drake at the 2017 Billboard Music Awards. In 2018, he released his first EP titled First Forty-8.

Recently, the rapper was arrested in Polk County, Lowa for a probation violation on December 3, 2021. In 2017, he was sentenced to 10 years in prison for violating probation after a 2012 crack possession charge however he was released from custody in less than a year.

The rapper has earned considerable money from his profession as a rapper. As of 2021, he has an estimated net worth of around $700 thousand. His salary and other earning are still under review.

The rapper has an athletic physique with a towering height. He stands at the height of 6 feet 5 inches tall. Likewise, he has a dark brown pair of eyes and black hair color. He has several tattoos all over his body.

Similarly, he has a self-titled YouTube channel with over 66.2k subscribers. He also shared his email id [email protected] for any business inquiries.