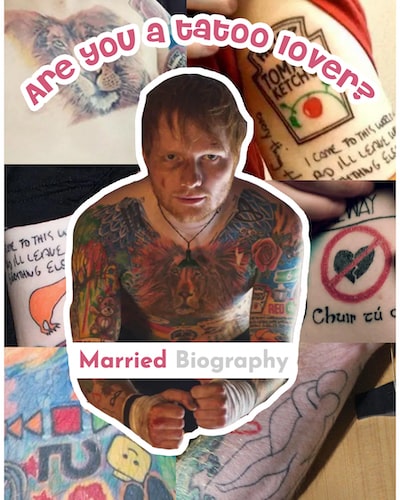 Different Hollywood celebs have inked different tattoos on their body part. Many of them are dedicated to someone special or have meaningful messages.

These are some celebrities who have tattoos on their different body parts.

Justin is a famous Canadian singer-songwriter and multi-instrumentalist. He is best known for his dance and Grammy awards.

This singer has more than 60 tattoos on his different body parts. Justin has got a small cross tattoo under his eye. He has also done an ink job above the abdomen belly for his album purpose, on his chest (For late Michael Jackson), Christian cross in the middle of his trunk, forgive tattoo on his waist, huge rose front of his neck, The eight ball, Folded hand on his left leg, Believe on his left arm, Roman number, and far more.

2)Zayn and Gigi inked for their daughter!

Zayn is an American singer and songwriter. He was an ex-member of a band name one direction but in 2015 he officially left the group. His recent hit song is Dusk till down. His many songs hit the top 10 on the billboard.

This popular singer has more than 60 tattoos on his body. This singer’s first tattoo was his grandfather’s name on his chest. He has done an ink job on the center of his chest with his girlfriend Gigi’s eyes, Arabic writing on his chest which translates to “Be True To Who You Are”, Criss Cross on his right leg, a huge snake on his right shoulder, his dad’s name on the back of the ear, MSG 3-12-12 tattoos on his hand, and many more.

Zayn and his girlfriend Gigi got a matching tattoo for their newborn baby Khai.

Malone is an American rapper, singer, and songwriter. Some of his famous songs are Congratulation, Sunflower, Psycho, Rockstar, and many more. He is best known for his unique vocal and songwriting.

Tyga is an American rapper, singer, songwriter, and television personality. His song Loyal with Chris brown was on no 1 on the billboard.

This rapper has inked more than 36 tattoos on his body. He got his first tattoo when he was 14 years old. He has inked several tattoos including A roaring tiger on his left shoulder, ‘VIETNAM’ on his right forearm, whole left arm inked with flames, 80 BABE on his left side of his neck, his mother name on the right side of his neck, God Gift across the lower part of his fingers, Jesus Christ tattoo on the center of the stomach, and many more.

He has inked his ex-girlfriend’s name, Kylie on his inner side of his right bicep.

5) How many tattoos does Miley Cyrus have?

Miley is an American singer, songwriter, and actress. She is best known for her leading role in a Disney show name Hanna Montana.

This pop singer has 74 tattoos on her body. She got her first tattoo “Just breath” when she was 17 years old in 2009. She has inked many tattoos LOVE on her right ear, Dreamcatcher on her right ribcage, peace sign, tiny black cross on her ring finger, karma tattoo on the index finger, sugar skull on her right foot, Om symbol on her left wrist, love never dies on her left arm, Roman Numerals on her right forearm, Quote by Theodore Roosevelt Tattoo on her left forearm, Crossed Arrows near her right elbow, and more.

Miley has done her Grandma’s Portrait on her right forearm.

6ix9ine is an American rapper and songwriter. His songs have already made it to the billboard top 100. He is also known for his unique hairstyle and look.

This rapper has got 69 tattoos of 69 on his chest, stomach, upper left arm, forehead, both oh his hands, below his left eyes. His jaw has inked with spiderwebs. He has done lots of inked job including Scum on the upper side of his left forearm, Oscar on his face, flower tattoo on his left side of his forehead, Purple rose on his under the neck, Multi-Colored Flowers on his shoulders, Shark on his left torso, and many more.

7) At what age did Ed Sheeran get his first tattoo?

Sheeran is an English singer, songwriter, musician, record producer, actor, and businessman. He is best known for his songs ‘Thinking Out Loud,’ ‘Photograph,’ ‘Shape of You’ and ‘Perfect’.

David is an English former professional footballer, the current president & co-owner of Inter Miami CF. Beckham has scored 62 goals with his team over the year and became a superstar.

Louis Molloy is a tattoo artist who has design Beckham back tattoos. 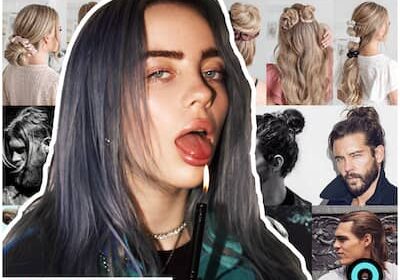