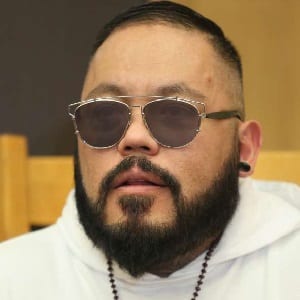 What is the relationship of A.B. Quintanilla III?

He was married to Rikkie Leigh Robertson. The pair married on 4 November 2011. He has eight children including Savani Quintanilla and Giani Quintanilla. Quintanilla announced that he was splitting up with his wife after a concert on July 5, 2016.

Who is A.B. Quintanilla III?

A.B. Quintanilla III is an American record producer, songwriter, and musician. People mostly know him as a member of the band ‘Los Dinos.’

Additionally, he is the older brother of “The Queen of Tejano music” Selena.

Quintanilla was born in Toppenish, Washington on December 13, 1963. He was born to parents Abraham Quintanilla Jr. and Marcella Samora. His father is an American singer-songwriter and record producer. Additionally, he has two siblings: Suzette Quintanilla and Selena.

Quintanilla was exposed to the world of music at an early age. He is of American nationality. Furthermore, he belongs to the mixed ethnic background of Mexican, Spanish, and Native American.

Talking about his education, there are no details available about Quintanilla’s educational background at present.

Quintanilla initially learned to play the guitar and bass while living in Lake Jackson, Texas. Later, he became a member of the successful band ‘Los Dinos’ alongside Selena, his sister Suzette, and their father, Abraham. In addition, he also started the group ‘Kumbia All Starz’ in 2006. In 2016, he signed with Del Records and formed Elektro Kumbia.

Quintanilla has not revealed his current salary. However, he has an estimated net worth of around $5 million as of 2022.

Quintanilla became part of a controversy after he was arrested during a scheduled hearing on August 17, 2017. Additionally, he also had a controversy with member Cruz Martínez of the band ‘Kumbia Kings.’ At present, there are no rumors concerning his life and career.

Talking about his body measurement, Quintanilla’s height is 5 feet 7 inches and weighs 75 kg. His hair color and eye color is dark brown.