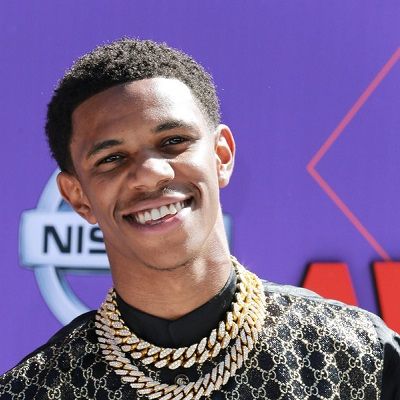 "I was regular, nobody really noticed me. I was the one in the back of the classroom, quiet.'' "I used to watch Paid in Full every day when I was like 12, 13, and then I started rapping and everybody would call me A Boogie [a character from the film]. And then the hoodie came along because I was wearing hoodies all the time. [People] started saying A Boogie Wit Da Hoodie and it stuck. The only other rap name [I would have considered] is Artist, and that’s my real name (Artist J. Dubose). After a while, everybody will know me as Artist." “I used to record songs like, play the beat from one phone and have another phone recording me and just rap, moving from that to a studio was like, ‘Damn, I never knew I could sound like this.’ It was just magic.”

He is a secretive person and does not like to open up about his personal life.

Previously, he is in a relationship with Ella Rodriguez, who is the owner of an eyelash brand called ‘Slay by Ella’. Dubose and Ella have a daughter, Melody Valentine Dubose. Melody was born on February 14, 2017.

Who is A Boogie wit da Hoodie?

A Boogie wit da Hoodie also is known as A Boogie is an American rapper, singer and songwriter.

A Boogie wit da Hoodie was born as Artist Julius Dubose on December 6, 1995, in the Highbridge, the Bronx in New York. He has an Afro-American ancestry.

At the age of 12, Dubose started rapping. He listened to rappers like Kanye West and 50 cents.

He attended Eagle Academy. During his freshman year,  he expanded his rapping. He performed in ciphers at lunchtime with the rhymes he had already written and stored in a large notebook he carried with him.

Growing up, Dubose frequently got into legal trouble, mainly for selling cannabis and narcotics.

When he was sixteen, Dubose’s parents found out and sent him to Florida as punishment.

He graduated from high school at the Performance-based Preparatory Academy in Fort Pierce, Florida.

In Florida, Dubose sat under house arrest. He started off by tweaking his self-composed rhymes and gradually one thing led to another. He even built an amateur studio inside the flat that he lived in.

Following his graduation from high school, Dubose began to focus on the music while working jobs in different sectors including construction and pizza delivery.

His music began with a single ‘Temporary’ which he dropped on Soundcloud at the age of 19.

In 2015, Dubose moved back to New York and set up a home studio named Highbridge the Label along with Don Q, Quincy “QP” Acheampong & Bubba.

In February 2016, A Boogie released his first full-length project, a mixtape titled Artist, which launched his career.

On May 18, 2016, Dubose released a collaborative project, alongside fellow Highbridge-based rapper Don Q, titled Highbridge the Label: The Takeover Vol.1.

He then went on to have three opening dates on Drake and Future‘s Summer Sixteen Tour.

In July 2016, A Boogie signed a deal with Atlantic Records.

In September 2016, he was featured on the BET Hip Hop Awards cipher.

Later in October 2016, A Boogie released his first extended play (EP), titled TBA, an acronym for “The Bigger Artist”. The EP peaked at number 63 on the US Billboard 200 chart and appeared on Rolling Stone magazine’s 40 Best Rap Albums of 2016 list.

On September 29, 2017, he released his debut studio album, The Bigger Artist. The album’s lead single, ”Drowning” has peaked at number 38 on the US Billboard Hot 100 and became one of his highest-charting singles in the country so far.

Dubose’s second album Hoodie SZN was released on December 21, 2018, which reached number one on the Billboard 200, selling 90,000 copies in its first week.

It became one of the most played albums of 2019 and becoming Number 10 on the Billboard 200 Year-End chart. It also managed to get on Billboard’s Decade-end chart at Number 69.

The 24 years old star’s net worth is around $5 million.

Dubose has brown eyes with curly black hair. He is 5 feet and 10 inches tall.

You may also know about body measurements, net worth, and the early life of Afrojack, Joe Budden, and Tupac Amaru Shakur.