Updated On January 29, 2023 | Published By: sonika shrestha
Share this
In Relation 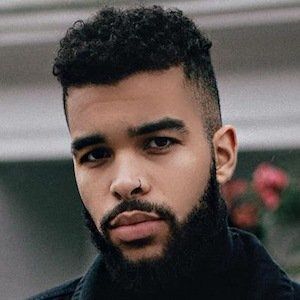 What is the relationship of A.J. Saudin?

A.J. Saudin is in a relationship. He is having an affair with Val Mercado.

There is not much information about her girlfriend, Val.

However, it is known that she is an Instagram star.

The couple keeps posting their cute pictures on their social media handle.

He was starred in the series, Degrassi: The Next Generation for six seasons.

He has starred in the movies, Apple Mortgage Cake, and Aaliyah.

What are the birth facts of A.J. Saudin?

A.J. was born on 14th May 1992, in Ontario, Canada. His birth name is Faisal A.J. Saudin. His ethnicity is North American and his nationality is Canadian.

He started his acting career when he was just 4 years old in print and commercials.

And when he was 7 years old, he was offered a movie, The Natalie Cole Story where he played the son of Natalie Cole.

Talking about the educational background of Saudin, he graduated from John Fraser Secondary School.

A.J. Saudin started his career in the acting field in his childhood.

Hence, it was not so difficult for him to choose his career field.

In 2006, he grabbed his first lead role in the movie, Aruba which was directed by Hubert Davis, an Oscar-nominated director.

Moreover, in 2008 he was featured in the T.V. series, TV series Degrassi: The Next Generation, and he was cast on the show till 2015.

In 2015, A.J. Saudin started his music career and he released his first single, Sunset in October 2016.

How much is the net worth of A.J. Saudin?

Talking about his personal earnings his net worth is estimated to be $1.5Million as of 2022. His main source of income is his profession as an actor.

Saudi’s salary and weekly earnings are unknown through the sources.

During his entire career, he always maintained top-notch professionalism in his work.

His work was always admirable, and his hard work reflected in how well he did in his career.

A.J. has a height of 6 feet 2 inches and weighs 72 kg. His hair color is black and his eye color is dark brown.