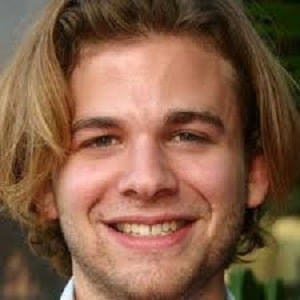 Quick Facts of A. J. Trauth

Relationship Facts of A. J. Trauth

What is the relationship of A. J. Trauth?

A. J. Trauth is currently divorced.

Previously, he was married to actress Leah Pipes on December 6, 2014. The duo tied their knot in an intimate ceremony at the Four Seasons Biltmore in Santa Barbara, California.

They engaged on February 5, 2014, and married after 11 months of engagement.

However, after five years of their marital affair, the couple decided to quit due to irreconcilable differences and divorced in May 2019.

A. J. Trauth is an American actor and musician who is popular for his character of Alan ‘Twitty’ on ‘Even Stevens.

He is also well recognized for the voice of Josh Mankey on ‘Kim Possible.

Trauth’s ancestry is North American. He has two older brothers, Pete and Chris.

A. J. Trauth debuted his film career in the movie ‘Search for the Jewel of Polaris: Mysterious Museum’ as Ben in 1999.

He is also the guitar player and lead singer of the rock band Mavin. A. J. formed this band with his brother and they have released several songs to date.

How much is the net worth of A. J. Trauth?

He has an estimated net worth of around $3 million.

Trauth for his acting in Even Stevens has charged around $16000.

He has a height of 5 ft. 10 inches and has brown hair and blue eyes.

Photos of A. J. Trauth