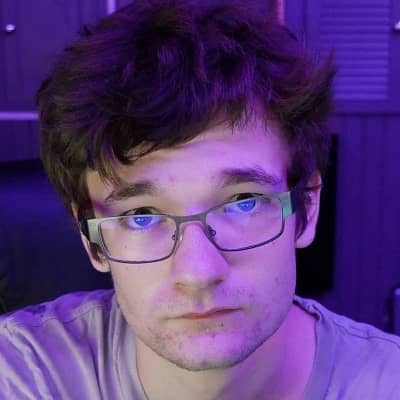 A6d is probably single at the moment.

He has never shared any information regarding his relationship. Likely he is also never seen dating anyone.

A6d is one of the popular French Youtuber who is mostly known for his various gaming streams, trolls, memes, and vlogs.

Furthermore, he also runs his own web radio stations including OnlyHitUS, Only Hit Gold, and Only Hit J-Music.

The youTuber was born on August 3, 2001. His birthplace is not revealed yet. His real name is Vincent.

Although being one of the popular content creators, he has disclosed his parents’ names. Likely, there is no information regarding his siblings and childhood.

He is of French nationality and has English descent. The details about his education are also not known.

A6d is an internet personality who is well known for his content on his YouTube channel, “A6d”. The channel includes various gaming streams, memes, trolls, and vlogs. Although he is popular for his Minecraft gaming videos.

The Youtuber launches his channel, a6d on Oct 13, 2018, and has 382K subscribers as of now. Hello bonjour welcome was his first video posted on 27th Nov 2018. He used to post various Minecraft gaming videos and now more engaged in creating various songs on FL Studio or creating a bot to answer his Twitter followers.

Similarly, he launched his second channel, Only Hit on Jun 25, 2018.  It is the Music station and he uploads highlights of the Only Hit web radio there. It has amassed 21.9K subscribers.

Moreover, he has collaborated with other YouTubers like Skeppy and BadBoyHalo for the channel called “The Trio”.

He has made a net worth of around $65,000 from his internet career. Although he hasn’t disclosed his earning.

Furthermore, he earns from his own merchandise on merchforall. He sells various t-shirts, phone covers, posters, and similar kinds of stuff from the websites.

A6d  created an illegal streaming website called ARTV in 2017. It was for his few friends who couldn’t watch French TV. Through the website, he gets to meet Skeppy. His website became popular so he monetized it. Due to his website, people arrived at his home on 6th December 2017 and it ended with police.

His phone and computer were also taken away by the police in Jan2019. He hasn’t still face the judgment and hasn’t get back his computer or phone.

The star was thrown out of the Minecraft Monday Week 11 just before the 2 hours of starting the event. It was due to the strict viewership condition. In response to the action, “The Trio” and also other fellow Youtubers left Minecraft Monday.

A6d was firstly denied for his YouTube 100k Play Button and didn’t get a response from YouTube about his join button for his channel. However, he received it lately.

Similarly, in the late December of 2019, the star has used r*tard on his Twitter. The works create a whole drama. The Twitter account started a thread about ‘things a6d has done wrong’.

Likely, a6d acknowledged the accusations making his own thread He provided the context of a screenshot of him using the ‘n-word’ on a public Minecraft server.

Talking about his facial appearances, he has brown colored hair and also eyes.

You may also read the bio of Ella Ashcraft, Avan Jogia, Bill Moseley, and Jeremy Jones.