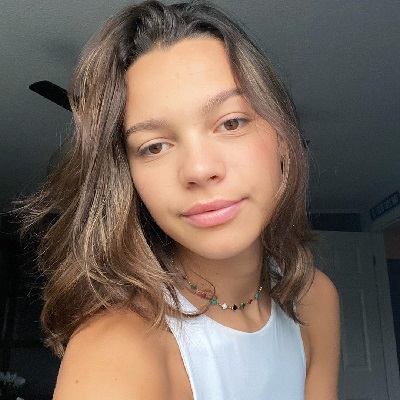 Aaliyah Mendes’s current relationship status is single. Till date, she has not introduced anybody as her boyfriend or romantic partner.

Also, she has not shared any details on her previous relationship and dating history. Possibly, the Instagram star is waiting for the love of her life.

However, her Instagram posts suggest that she shares a very strong bond with her grandmother. Last, on the 10th of February, she shared an Instagram picture where her granny was celebrating her 91st birthday.

Who is Aaliyah Mendes?

American Aaliyah Mendes is an Instagram Star. She is popular as the younger sister of the singer and songwriter, Shawn Mendes.

Aaliyah Mendes was born on the 15th of September 2003 in Toronto, Ontario, Canada. She is of Portuguese ethnicity. As of September 2020, she is 17 years old. Also, her zodiac sign is Virgo.

She is the youngest daughter of Manuel Mendes and Karen Rayment (mother). England born, Karen is a real estate agent of the Century 21 Briscoe Estates LTD. Whereas her father, Manuel was born in Lagos, Portugal. He runs to the business that sells bar and restaurant supplies.

Her older brother, Shawn Mendes is a singer and songwriter. He is popular for songs like Senorita and If I Can’t Have You. Details on her academics are not available. Probably, she is attending University.

As of now, Aaliyah Mendes has not chosen any career as her profession. However, being one and the only sister of Shawn, she has immense followers on Instagram.

She stepped into Instagram on the new Year 2016. On New Year’s day, she posted the picture of a coconut with a straw. After that, she started shared the beautiful moments of her life where she is having funs with her friends and family members.

Through her Instagram posts makes it very clear that she loves dogs and likes to live life to its fullest.

Before that, she used to active Vine. She created her account of Vine in July 2013. In a very small period, she had hundreds of thousand followers on the platform. When the app was permanently shut down in 2017, she had 250k followers on the app.

Also, she has a YouTube channel that she created on the 17th of April 2014. However, she has not uploaded any videos on the channel.

As of now, she has not shared any details on her net worth. The primary source of her career on Instagram. As an Instagram star with more than 1 million followers, her earnings are in the range of the 5 digits figures.

Talking about net worth, her brother, Shawn was an estimated net worth of $40 million. His net worth is primarily attributed to his career as a singer and songwriter.

Aaliyah Mendes has brown eyes with brunette hair. Also, her eyes resemble the eyes of her brother. She stands at a height of 5 feet 7 inches and weighs around 62 kg.

Till date, she has not been through any sort of controversy and scandals that caused a buzz in the media. Also, she has managed to maintain a clear distance from any type of rumors.

You may also read the bio of Rachel Bush, Cynthia Parker, and Star Jones.

What is the latest update in Shawn Mendes’ career? Know about his tweet on his bad ‘lazy eye’ and its medical details!