Aaron Doering is an American explorer, author, as well as a public speaker. Aaron Doering at present is possibly single. 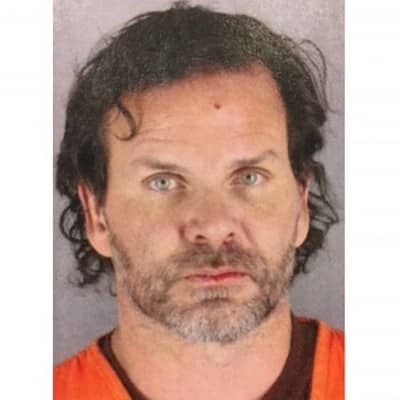 Aaron Doering at present is possibly single. But he was once married plus engaged.

From his several relationships. he has not welcomed any child.

Previously, Aaron was married to Amy Matthews in the year 2010. But after only a few months, this newly wedded couple separated.

As per his ex-wife, he started to abuse her which led their wedding to end via divorce.

Who is Aaron Doering?

Aaron Doering is an American explorer, author, as well as a public speaker. Previously, he was appointed as a professor at the University of Minnesota.

Further, he has founded the Learning Technologies Media Lab along with his friends. He also served as a TEDx Speaker in the year 2012.

Aaron Doering was born in the year 1971 in Good Thunder, Minnesota, United States but his full birthdate is unknown. He is of Caucasian ancestry.

Details regarding his mother and father are also behind the curtain.

Moving towards his academics, he has a Ph.D. degree in Learning Technologies.

Aaron Doering has educated people on an online basis and going in expeditios. He gave information related to STEM, geography and GIS, climate change, and global cultures. For this, he took the help of a program named Changing Earth, Arctic Transect, etc.

He also went on expeditions mainly in the Arctic region to teach people. Further, he introduced a distance education program named Adventure learning to talk about real-world issues.

Aaron along with his workmates created the Learning Technologies Media Lab that focuses on creating and inspiring the learners, educators, plus others. The other people who helped in this program were Charles Miller and Cassandra Scharber.

By the reports of 2021, he has a net worth of around $500k. But the salary he receives is under the curtain.

He was dating a girl who filed a case against him of domestic assault by strangulation. Then the police arrested him in 2018 and his trial was stated.

To prove the case, Aaron’s former wife and fiancé were brought up in court in Feb 2019. They also told that they ended their union with Aaron due to his violent behavior.

Later in April 2019, he was pleaded guilty and was sent to jail for 180 days. After his sentence was complete, Aaron left his job as a professor at the University of Minnesota.

He has grey eyes with dark brown hair. He stands at an average height and he has decent body mass.