Aaron Doh is currently in a relationship with Tori D’onofrio. They started dating in the year 2018. Tori is an Instagram star who has around 10K followers.

Previously, Aaron was in a relationship with Kaitlyn Mackenzie. She is a social media star and actress. Their engagement took place in the year 2016.

But the wedding never happened due to unknown reasons. 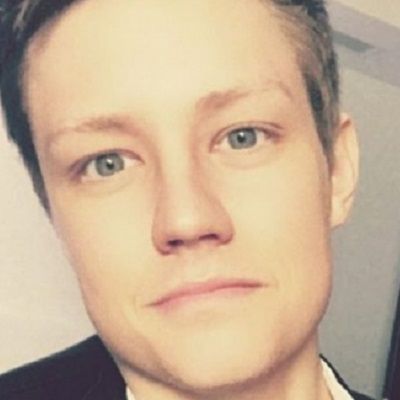 Who is Aaron Doh?

Aaron Doh is an American social media personality. He is also a singer with singles Silent Thoughts, Read Zone, and Drownin.

He first appeared in Vine and had around 1M followers. His videos like Don’t drink and drive kids and The second most relatable vine ever was very much loved by the viewers.

Aaron is very popular on social media Tik Tok. He mostly uploads hilarious outbursts and other relatable dramatic real-life situations videos. These videos are loved by his 2.9m followers.

He also has his own Youtube channel which is followed by more than 472k subscribers. He first used his channel on Oct 14, 2014.

Aaron is also an excellent singer. His first single Silent Thoughts was released on Jun 3, 2018. After this, his as Drowning and Read Zone also came out in the same year.

His estimated net worth is $500 thousand US. He also endorses several brands including Wish.

Talking about Aaron Doh’s body features, he has blue eyes and blonde hair. He has a height of 5 feet 8 inches and a weight of 82 kg.

Aaron Doh joined Twitter in Sep 2013 and has around 344k followers. Similarly, his Facebook page was created in June 2015 and has over 22k followers.

His Instagram has more than 514k followers and around 591 posts.