Updated On February 2, 2023 | Published By: Shahid
Share this
In Relation 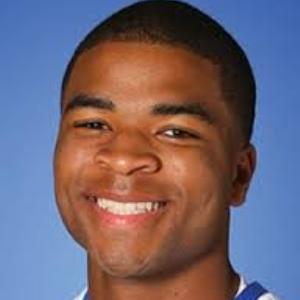 What is the relationship of Aaron Harrison?

Aaron Harrison has a high school girlfriend whom he has been dating since long. Her name is Alex Brittney and she likes hanging out and shopping. Both seem to share a happy relationship, but it is now known as to when they plan to get married.

Who is Aaron Harrison?

Aaron Malik Harrison is an American sports celebrity. He is a professional basketball player for the Galatasaray of the NBA Development League. He has played for the 2013 Jordan Brand Classic game as well as for the 2013 McDonald’s all-American Boys Game.

Who are the parents of Aaron Harrison?

Aaron Harrison was born on 28 October 1994 in San Antonio, Texas, United States. His nationality is American and his ethnicity is African.

Born as one of the twins to Aaron Harrison Sr. and Marian Harrison, Aaron Harrison has been a hard and methodical worker. His father used to own a car lot near Richmond which he gave up and now owns a West Oaks Mall barbershop and salon named ‘Great Looks’. His mother is a human resources manager in a dentist’s office.

Aaron Harrison and his twin brother Andrew Harrison are both great basketball players. They were taught hard work by their parents which they feel helped them in the game. They remain calm during the game and provide them with a lot of advice and boost. The family members share a good relationship with each other and the brothers even gifted the expensive BMW to their mother even before they were drafted into the NBA.

After having experienced playing football, Aaron Harrison started playing basketball for his Travis High School, Fort Bend County, Texas with his twin brother Andrew and both took their team to the winning position.

He registered at the University of Kentucky and represented his college at the basketball game. He scored double-digit and was considered one of the most promising sportsperson. Both the twins were fortunate to have parents who encouraged them and made them realize that hard work pays.

Aaron Harrison’s love for sports dates back to his high school days. He had represented his school and later his college at the basketball sessions and tournaments. Before the commencement of the 2014-2015 season, Aaron Harrison was honored with the ‘Preseason SEC Player of the year’ award. He left his college midway and declared for the NBA draft 2015. His name did not surface in the 2015 NBA draft first round.

He joined Charlotte Hornets and gave his best and later also pitched in for assignments with Oklahoma City Blue and Erie Bayhawks of NBA Development League. In early 2017 he was acquired by the Greensboro Swarm. Soon he was taken up by Delaware 87ers, then by Reno Bighorns (2017-2018), and Dallas Mavericks in 2018. At present, he plays for the Galatasaray team.

How much does Aaron Harrison earn?

He and his brother are popular sportspeople. They both sure have a huge amount of earnings. But as per Aaron’s salary and net worth, it is not revealed yet.

He had posted a vine in 2013 which showed a video in which one of his friends in the back seat of his car was shown saying that they do not need the high school basketball recruit, Andrew Wiggins. he soon deleted this post but it had by that time been well circulated. Even Andrew Wiggins had seen the video and said that he did not like it.

Aaron Harrison tried to do some damage control with limited success. He played very limited minutes for Charlotte Hornets who then waived him off in January 2017.

Aaron Harrison has a height of 6 feet 4 inches and weighs 96kg. His hair color is black and his eye color is black. His shoe size is unknown.