Updated On December 29, 2022 | Published By: Alisha Ghram
Share this
Married 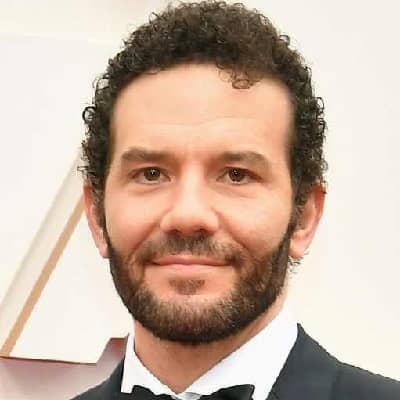 What is the relationship of Aaron Lohr?

Aaron Lohr is a married man. The therapist is married to a famous American actress and singer, Idina Menzel.

Likely, they tied the knot on September 22, 2017. The couple has also appeared together in April 2015 at the White House Correspondents’ Association Dinner.

In the year 2005, the duo worked together in the movie ‘Rent’ and the music video ‘See What I Wanna See.’

As of now, they live together in Encino, Los Angeles, California. The couple doesn’t have any children yet it has been three years that they are married.

Menzel also has a son named Walker Nathaniel Diggs on 2nd September 2009 from her previous marriage with actor Taye Diggs.

Who is Aaron Lohr?

Aaron Lohr is a former American actor and singer.

He has appeared in several ‘Disney’ movies, including ‘The Mighty Ducks’ and ‘Newsies.’

He is now a California Licensed Marriage and Family Therapist and Clinical Director of Avalon Malibu Residential Mental Health and Addiction Treatment Center.

The information regarding his father, mother, and siblings are unknown. He holds an American nationality and is of mixed (German, France, Belgium, and Dutch) ethnicity.

Aaron has his graduation from The University of California. He obtained two master’s degrees.

Aaron Lohr started his acting debut playing a young boy in the short film ‘Deniece Williams: Let’s Hear It for the Boy.’ And in 1985, he appeared in the medical drama series ‘St. Elsewhere,’.

Between the 1990s, he has starred in several movies produced by the ‘Disney Studio.’ In 1992, he performed as Mush Meyers in the Disney’ movie Newsies.

Taking about he TV series, from 1994 to 1997, he performed in four episodes of the sitcom Sister, Sister.

In 1997, Lohr performed in two episodes of the fantasy series Teen Angel. In 2000, Lohr starred as Micky Dolenz in the TV movie Daydream Believers: The Monkees’ Story.

He played an important role in the sitcom ‘Bustin’ Loose’ in 1987. Lohr appeared in an episode of the series Baywatch in 1990.

A year later, he appeared in single episodes of the series ‘The Wonder Years’ and ‘Blossom.’

He was seen in various other TV series, such as ‘Law & Order,’ ‘White Collar,’ Blue Bloods,’ as well as ‘The Mentalist.

In 2009, Lohr performed as John in the TV movie Loving Leah. It was aired on the CBS network. He performed a prominent role in the TV series Bustin’ Loose also.

In 1988, he lent his voice to several characters in the animated movie Fantastic Max, and A Goofy Movie, Scooby-Doo and the Ghoul School.

In 1990, he voiced several characters in the TV special, Cartoon All-Stars to the Rescue. The same year, performed as a voice actor in the animated TV series ‘Peter Pan and the Pirates.’

Aaron also has an association with the ‘New York Public Theater.’ He debuted at the ‘Public Theater’ along with the musical ‘Radiant Baby in 2003.

Later, he played different roles in the musical ‘See What I Wanna See.’ He performed as ‘Matt’ in the play ‘Bare: a Pop Opera.’ He also performed in the political drama play ‘In Darfur.’

Aaron has a ‘Drug and Alcohol Counseling Certification’ from ‘UCLA.’

As of now, he is serving as a therapist and group facilitator at the Avalon Malibu Residential Mental Health and Addiction Treatment Center.

Being one of successful personalities, his net worth is around $5 million.

Other information regarding his earnings and salary is still under review.

He seems to be in a low profile and hasn’t appeared in any notable controversies yet.

Likely, the actor is also far from any sort of rumors til now.

He has Light Brown colored hair and eyes.