Updated On February 1, 2023 | Published By: Frank Ingram
Share this
Married 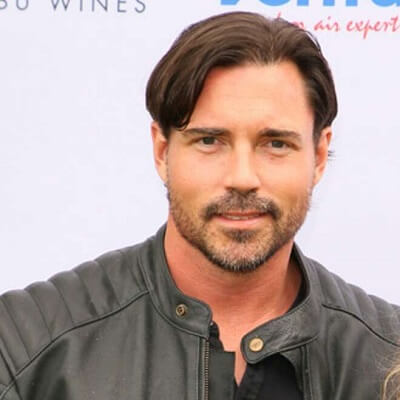 What is the relationship of Aaron Phypers?

Aaron Phypers is a married man. He is married to American actress, Denise Richards. His wife, Denise is a well-known actress, TV personality, and a former model. She is best known for her work in Starship Troopers, Wild Things, The World is not Enough, etc.

The couple started dating in December 2017. They made their relationship official on Instagram. In September 2018, Phypers proposed to her and she said yes. The couple decided to get married the same week and exchanged wedding vows on September 8, 2018. The ceremony was attended by close friends and family and was held in Malibu. Aaron is a motorcycle enthusiast and after the ceremony, he took her home on his bike. He adopted Richards’ youngest daughter, Eloise Joni Richards.

Previously, he was married to the British actress Nicollette Sheridan. They got married on 12 December 2015. The couple officially divorced on 17 August 2018.

Who is Aaron Phypers?

Aaron Phypers is an American actor well-known for ‘The Leap’, ‘Air Crash Investigation’, and ‘The Curiosity of Penny Parker’. Moreover, he is famous as the husband of award-winning American actress, Denise Richards.

Aaron Phypers was born as Aaron William Cameron on September 16, 1972, in Los Angeles. As of 2020, his age is 47. His mother’s name is Patricia Phypers but his father’s name has not been revealed yet. He has one sibling, a younger brother named Kyle Phypers. He spent his childhood days with his brother in Los Angeles.

His ethnicity is Scottish.

In which university did Aaron Phypers attend?

Talking about his education, he went to California State University. From there, he graduated with a degree in Arts.

After graduating from California State University, Aaron Phypers moved to Los Angeles to pursue his dream of being an actor. However, he did not bag a lot of roles and his acting career never had a breakthrough. His debut role came in the documentary TV series ‘Air Emergency.’ He portrayed the role of First Officer Monreal in the episode titled ‘Frozen in Flight’ (2009). Following that, a couple of years later, in 2011, he appeared in the short horror-comedy movie, ‘The Leap’. He portrayed Brett in the movie.

He has also appeared in two other movies, ‘Air Crash Investigation’, and ‘The Curiosity of Penny Parker’.

Other than acting, he also runs a light-and-sound healing center, ‘Quantum 360’. The company provides natural energy healing for pain. injuries, balancing organs, etc. It has been known to act as a holistic medicine for many ailments. As a child, he was interested in physics and at an early age, he had learned that everything in the human body has a frequency. His main goal is to help people reestablish homeostasis with the use of frequency devices.

His wife, Denise is an award-winning actress, TV personality, and a former model. She is best known for her work in Starship Troopers, Wild Things, The World is not Enough, etc.

How much is Aaron Phypers worth?

Phypers stands at a height of around 6 feet 2 inches. He weighs around 85 kg. He has dark brown hair and blue eyes.

Phypers has not been involved in any controversies. He has been able to keep himself away from any type of controversy and scandal. So far, he has not done anything controversial in his career. Similarly, there are no rumors about him of any kind.

You may also like to read more about the Bio, Career, Net Worth, Body Measurements, Social Media, Relationships, and more about Denise Richards, David Schwimmer, Josh Harris, etc.

What Is Going On Between RHOBH costars Brandi Glanville And Denise Richards; Glanville Claims They Spent A Night Together Sharing Some Screenshots!