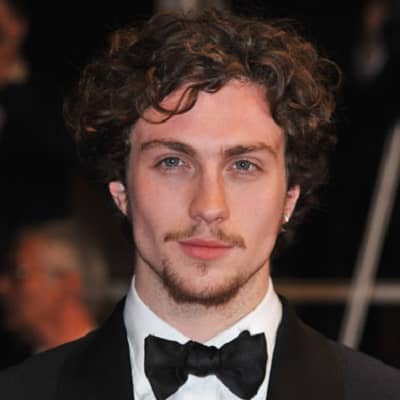 Aaron is a married man. He is married to the filmmaker Sam Taylor-Johnson.

The couple met while working on the 2009 film Nowhere Boy. They started dating each other in June 2009.

The duo announced their engagement in October 2009 and married on June 21, 2012, Their marriage ceremony was held at Babington House, Somerset. Sam is 23 years older than Aaron.

Their first daughter Wylda Rae Johnson was born in 2010 and their second daughter Romy Hero Johnson in 2012.

Aaron was dating Georgia Groome in 2008.

Previously he was in a relationship with actress Alice Connor. They met each other in 2006 and started dating. After a couple of months of dating, they get separated in 2007.

Who is Aaron Taylor-Johnson?

Aaron Taylor-Johnson is an English movie actor and a stage & TV actor. He has been active in the acting industry from the age of 2 and is one of the renowned actors now.

Aaron has been in the acting field since his childhood. He was just ten yrs old and was performing in plays like ‘Macbeth’ and ‘All My Sons’.

And when he was 12, Aaron did various commercials and sooner sing his first film ‘Tom & Thomas’ in 2002.

Aaron studied at Holmer Green Senior School. He then attended Jackie Palmer Stage School in High Wycombe from 1996 to 2008.

There he gets to learn various dance forms such as tap, jazz, etc, and drama, acrobatics, and singing.

Aaron debuted playing Tom from the family film Tom & Thomas in 2002. His breakthrough was playing Robbie Jennings in the movie Angus, Thongs, and Perfect Snogging in 2008. Next year, he performed in the American drama The Greatest.

The actor has performed in various movies of different genres. He is also popular for his performance as an American soldier in the war thriller film The Wall in 2017. Next year he was seen in the historical drama film Outlaw King and A Million Little Pieces.

In 2019, he was cast to play a supporting role in Christopher Nolan’s spy film ‘Tenet.’ His latest work was appearing as Ives in the 2020 movie Tenet. The actor has various upcoming projects. He has been shooting as Lee Unwin for the 2021 movie The King’s Man, as Tangerine again for the 2022 Bullet Train, and also as Sergei Kravinoff for the 2023 movie Kraven the Hunter.

The actor has a net worth of around $16 million. He must have a good earning from his career and his salary is approximately US$ 3.5 million.

The star maintained his professional and personal life separately and isn’t involved in any such controversial activities.

Likewise, he hasn’t faced any rumors yet.

Talking about his physical appearance, he has dark brown colored hair with beautiful blue eyes. Aaron’s body specifications are 46 -17– 34 in (chest-biceps-waist).

Aaron doesn’t have his official account on social media, Although there are various fan-made accounts. They have over 8K followers on Instagram and around 1.6K followers on Twitter.

You may also read the bio of Alvaro Morte, Ted McGinley, Shanola Hampton, and Ursula Corbero. 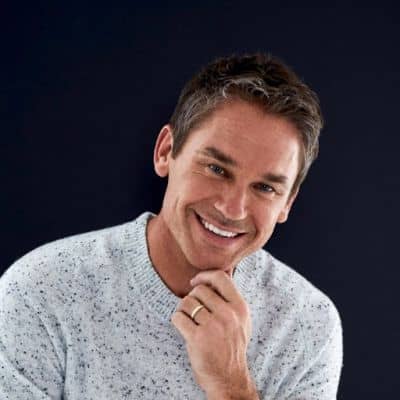