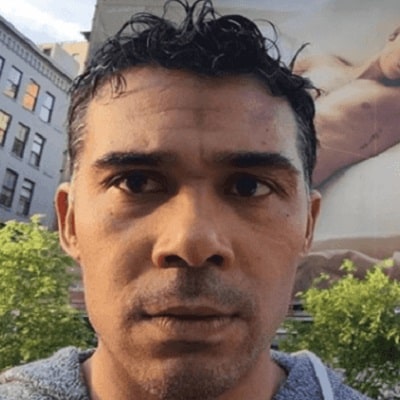 However, Janet filed for divorce from Aaron in February 2019 but the divorce is yet to be finalized.

The pair met back in 2009 on the dance floor in a bar on the East side of Manhattan. In 2014, Aaron proposed her and tied their knot on November 5, 2015, in Hawaii on the North Shore of Ohau.

Who is Aaron Tredwell?

Similarly, he has photographed for Nickelodeon, Adidas, and Converse.

Currently, he is working as a photographer.

Aaron Tredwell was born in Thompson, North Dakota, the USA. He is the son of Mr. Tredwell and Cynthia Tredwell.

He grew up in Cumberland Center, Maine, and has a dog named Cleo.

Aaron joined Greely High School, Cumberland, Maine, and graduated in 1994 and later joined the University of Southern Maine in Portland.

Likewise, he played high school basketball for the rangers and then played for the Southern Maine Huskies.

Aaron began his career in photography at acting school in New York. He directed his interest in films and he did headshots for other people.

Also, his work is recognized and appeared in Marie Claire, Architectural Digest, and the New York Times, and other online articles.

Also, he trains dogs and does a joint weekly podcast called The Missing Piece. It is a verbal blog about the realism that accompanies celebrities trying to live genuinely in the current culture.

Tredwell is a filmmaker and has worked on the documentary SHAPE UP with Derrick Middleton.

As an American photographer, he earns an average salary of $21K to $77.5K US. He has an estimated net worth of around $1 million US.

Aaron has dark hair and eyes.

Janet Mock, who never thought of getting married is going to wed after dating her boyfriend Aaron Tredwell