Aarti Mann is an American actress. She is married to her husband, Purvesh Mankad. They now have a cute daughter Nikita Mankad. 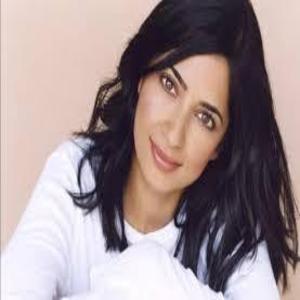 I'm the daughter of two Indian immigrant doctors, and I have an older sister and younger brother, and none of us have pursued medicine as a career. We're all over the artistic side of things

My mom always knew I was going to be an actor because I was a ham from the very beginning, so she would push me toward it, which is really unconventional for Indian families to do

I'd really love to get back into commercials, actually. I love how quick and breezy they are. And honestly, they pay really well.

What is the relationship of Aarti Mann?

Now talking about her relationship status, she is a married woman. She is married to her husband, Purvesh Mankad. Purvesh Mankad works in finance. They now have a cute daughter Nikita Mankad.

Who is Aarti Mann?

Aarti Mann is an American actress. She is of Indian origin. She became popular when she was starred in the T.V. series, ‘The Big bang Theory and ‘Leverage’.

She was born in 1978 in Connecticut, USA. Her nationality is American and her ethnicity is Indian American.

Her birth name is Aarti Majumdar. Her mother’s name is Vasanti Majumdar, she is a graduate of the University of Pittsburgh Medical Centre (UPMC). Her father’s name is unknown and he was a Physician but he passed away when she was in high school.

She had an older sister, Kruti, and a younger brother, Nishad. When she was young, she lived in Pittsburgh, Mt.Lebanon, and Wexford before settling in Fox Chapel.

She graduated with a degree in film writing and directing from New York University where she practiced acting, despite she never acted in plays during high school.

She had initially played many minor roles but her acting began in the mid-2000s. According to Aarti, her older sister influenced her decision to switch to acting. Aarti Mann better known as Mann said that she “got bit by the bug” to act and enrolled in acting classes in Los Angeles.

Her first movie “The Memsahib” hit the floors in the year 2006. She then went on to appear as the guest star on Heroes in 2009. She even appeared in the season two winter premiere of Suits on the USA Network. She narrated and performed for the audiobook version of Kaavya Viswanathan’s debut novel “ How Opal Mehta Got Kissed, Got Wild, and Got a Life.” She made her motion picture debut in the year 2012 film “The Monogamy Expert”.

Now she is best recognized as Priya Koothrappali on the hit CBS series ‘The Big Bang Theory.

Aarti Mann: Salary and Net Worth

There is no information about her salary and as of 2022, she has an estimated net worth of $100k.

She being in American TV series has shared her stage with many popular co-stars and has been linked to. He was once entangled in relationship rumors like Aarti Mann dating Johnny Galecki. Johnny Galecki is the guy who played the lead character in Big Bang Theory. However now she is married to her boyfriend Purvesh Mankad and now they are enjoying their happy family life.

Aarti has a height of 5 feet 3 inches. her body weighs 54kg. She has black hair and brown eyes. Furthermore, her body measurements are 34-24-35 inches. Her bra size is 32B and her dress size is 2US.