The 34-year-old Australian model, Abbey is an unmarried woman.

Previously, she was in a relationship with Matthew Hutchinson.

The couple began dating in 2009 and continued their relationship for a year and then broke up. Furthermore, she was also romantically linked up with Andrew Flynn.

Although, she didn’t confirm the news. Currently, Abbey is enjoying her single life and living elegantly. 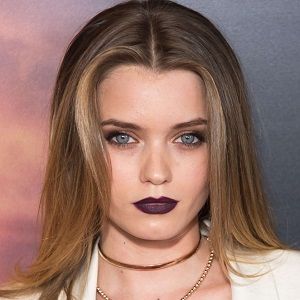 Tell me something real.

Who is Abbey Lee Kershaw?

Abbey Lee Kershaw is an Australian supermodel and actress.

She has appeared in two Victoria’s Secret Fashion shows in 2008 and 2009. Furthermore, she has also starred in a couple of movies such as Mad Max: Fury Road, Gods of Egypt, and a few others.

So far, Abbey has also campaigned for several popular brands such as Calvin Klein, Yves Saint-Laurent, Versace, Gucci, and a few more.

Abbey was born on 12 June 1987, in Melbourne, Australia. She is the daughter of Kim Kershaw and Kerry Kershaw. Talking about her nationality, she is Australian and her ethnicity is English.

As a child, she suffered from several diseases and it was quite tough to grow up.

Concerning her education, she attended St Michael’s Catholic Primary school in North Melbourne. Later, she completed her graduation from the Academy of Mary Immaculate in Fitzroy.

Abbey began her career as a model and signed with Next Management in 2007. In the same year, Models.com named her the “Next Superstar”.

In 2008, she made her debut in New York Fashion Week in which she walked in almost 29 shows for designers such as Halston and Oscar de la Renta.

Soon after that, she also appeared in Milan Fashion Week, Rodarte Show in New York, and Alexander McQueen show in Paris. Furthermore, Abbey made her first international TV appearance at the Victoria’s Secret Fashion Show.

Additionally, she has been featuring in the fragrance ads for Gucci’s new “Flora” scent since 2008. Later, she also campaigned for the fashion brand Fendi and appeared on the cover of V magazine.

So far, Abbey has also campaigned for several popular brands such as Calvin Klein, Yves Saint-Laurent, Versace, Gucci, and a few more.

Moreover, the veteran model starred as The Dag in the 2015 blockbuster Mad Max: Fury Road along with Tom Hardy. Just after a year, she landed the role of Anat in the film Gods of Egypt alongside Gerard Butler.

Besides modeling, Abbey has also appeared in several hit films such as The Dark Tower, Welcome the Stranger, The Neon Demon, and a few others.

Currently, she ranks 12th on the Top 50 Models Women list as well as 21st on the “Top Money Girls” list by models.com. In addition, she is also an artist in which she uses oil pastels and draws abstract paintings.

So far, she has not won any awards in her career. Although, she has achieved a lot in her career and her works have been also loved by many of her fans.

Being a famous model, she earns a decent amount of money from her profession.

Back in 2009, Abbey was dragged into a controversy after she posed for a nude photoshoot.

Abbey has a tall height of 6 ft and weighs 52 kg. Furthermore, she has a pair of gorgeous blue eyes and blonde hair.

Abbey is quite active on social media.