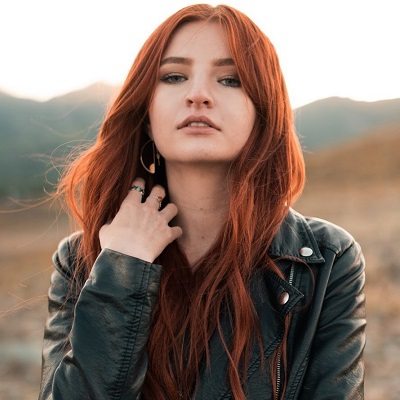 Abbie Ensign is married to Julia Ensign. They exchanged vows on the 6th of May 2018 in a private event attended by their friends and family.

Their love story started on the online dating platform where they first met each other. Later, they started talking online. Soon, the couple met each other in real people and started dating each other and eventually got engaged and married.

On the 6th of May 2020, she surprised Julia with the big news that they are going to be parents. As of now, the couple is waiting to welcome their baby child.

Who is Abbie Ensign?

American Abbie Ensign is a YouTuber and rising TikTok Star. She is renowned for her lifestyle and LGBTQ contents that went viral on the web.

Abbie Ensign was born on the 24th of June 1996 in the United States. She is of British ethnicity.

In 2013, Abbie Ensign created her YouTube channel. However, she first uploaded her video on the 25th of June 2017 where she is being proposed by Julia. She uploaded the video with the title, Lesbian Proposal. The content was for making an announcement about their relationship with their parents.

However, the video went viral and she continued uploading such videos of her wedding and honeymoon. Her contents also got viral too. However, her professional career took a major turn when she chose to be a mother. Then she started working as a full-time YouTuber.

Moving forward, she started posting vlogs based on traveling, LGBTQ issues, prank and challenges too. Such content earned more and more audience. As of now, her YouTube channel has around 229k subscribers. Also, it has more than 44.8 million views.

Apart from that, she also earns through brand promotion through her YouTube channel.

Till the date, she has managed to remain far from any sort of controversy and rumors that created headlines in the media.

However, in April 2020, there were rumors that her pregnancy. However, she and her wife, Julia put the rumors into the silence. At the time, they told that she is not pregnant.

One month after that, they posted a video on YouTube where she surprised Juila with the big news that they are going to be parents.

Abbie Ensign has blue eyes with brown hair. She has a decent height and weight. However, she has not shared details on her body stats.

You may also read the bio of YourPalRoss, Elle Mills, and Brodie Smith.