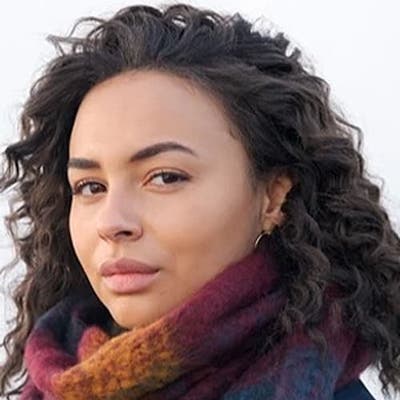 What is the relationship of Abbie Hern?

Abbie Hern has not revealed her personal life details. She is currently possibly single but data regarding her affair or boyfriend is not yet published.

But on digital platforms, she is active and often posts content with a guy. On 01 Oct 2022, she posed with him and captioned the photos 27.

Who is Abbie Hern?

Abbie Hern is an actress of British nationality who has shown her acting skills in many projects. Abbie Hern is popular for her appearance in The Pact (2021), Peaky Blinders (2013), etc.

Her future project, a My Lady Jane, a TV Series is in the pre-production stage while her short film titled Through the Looking Glass is completed.

In 2022, she was seen playing a brief role as Mae in Enola Holmes 2 (a mystery film) alongside other actors named Millie Bobby Brown, Henry Cavill, and Helena Bonham Carter.

Her full birthdate is 09 Feb 1997 and her birthplace is Cardiff, Wales, the United Kingdom as Abbie Louise Davies. Similarly, the name of her mother is Natalie Hern but her father’s identity is unknown.

Her mom and dad are not together and she changed her surname to Hern in respect of her step-father.

Further, Abbie’s ancestry is not revealed, and as to her academics, she went to The Royal Welsh College of Music & Drama (RWCMD).

Abbie Hern has appeared in many screen projects. In 2020, she did her debut in an episode of The Twilight Zone (TV Series) playing the role of Madison for an episode.

Her character in the TV show The Pact in 2021 as Tish was appreciated by the public. She has also done a short movie titled The Boy Who Stole God as Isabella. In 2022, she was featured in two episodes in Peaky Blinders (TV Series) as Mary Bone.

By the reports of 2022, Abbie Hern has an estimated net worth of $10 thousand which she collected from her work.

But her annual salary and other incomes are not yet made public. As of now, her acting credits are a total of 07.

The cast of Peaky Blinders (TV Series) is keeping herself away from scandals along with desperate rumors.

Abbie Hern’s height is 5 ft 4 inches and her body weight is decent. Furthermore, she has black hair, and her beautiful eyes are dark brown in color.