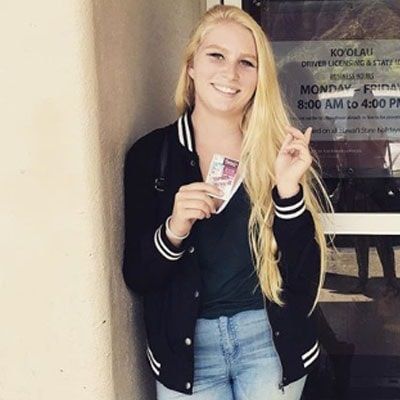 Who is Abbie Mae Chapman?

Abbie Mae Chapman is popular as the daughter of TV personality Lyssa Chapman.

Her grandfather is also a famous personality and known as bounty hunter Duane Chapman.

She was born on June 11, 2002, in Alaska, USA. Her father is Brendan, mother, is Lyssa Chapman and grandparents are Lyssa Rae Brittain & Duane Chapman.

Abbie’s mother was only 15 years old when she gave birth to Abbie.

She has Caucasian ethnicity and is the half-sister of Madalynn. Her Cousins are Cobie Chapman, Dakota Chapman, Jodi, Jasmine, Jennifer, and Dylan Chapman and Travis Chapman.

In the year 2014, Lyssa along with her two daughters Abbie and Madalynn had a car accident. But luckily none of them got injured.

Abbie’s mother Lyssa is a TV personality and businessman. She owns a tanning salon. She has also appeared in the reality show, Dog the Bounty Hunter.

This celebrity child has an estimated net worth of $500 thousand US.

Likewise, her mother’s and grandfather’s net worth is around $500 thousand and $6 million respectively.

Abbie’s Instagram has around 16.4k followers and over 30 posts.