Abby Donnelly currently appears to be Single. She is presently focused on her career rather than any love affairs.

Also, she is currently too young to be in a romantic relationship. In further days, if she revealed anything about her love life then we will update it. 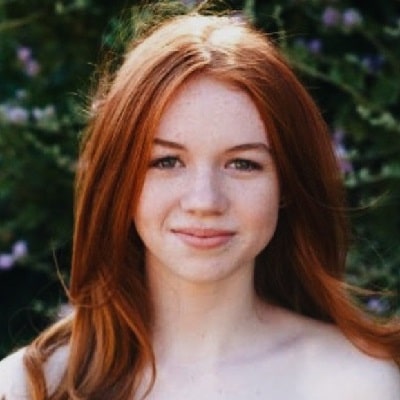 Who is Abby Donnelly?

Abby Donnelly is an American actress who came into the limelight after appearing in the role of Darbie O’Brien in Just Add Magic.

The actress was born on July 23, 2002, in California, U.S. At present, she is 18 years old. Her Zodiac sign is Leo. She holds an American nationality and belongs to Caucasian ethnicity.

Her birth name is Abigail Donnelly. Abby has never shared her family details including her parents and siblings so, the details regarding her family members are under the curtains.

Also, she has not yet disclosed her academics details but lately, she graduated from high school in June 2020.

Abby landed his first role in the year 2012 in the episode of ‘I Am Anne Frank: Part 2’ in American Horror Story where she was cast in the role of Peggy Cartwright.

In 2013, she starred in television series such as Suburgatory (as Jenni), Anger Management (as Stacy), and Adam Devine’s House Party (as Lady Trooper).

Abby made her career big break when she made an appearance in the family television series, Just Add Magic.

In the series, she cast in the role of Darbie O’Brien from 2016 to 2019 along with Olivia Sanabia, Dee Wallance, Judah Bellamy, Amy Hill, and other casts. The series is based on the book of the same name by Cindy Callaghan.

Likely, her other notable television series are Criminal Minds (2016), Stumptown (2019), and so on. Similarly, she is portraying the role of Lizzie McGrath in the ongoing series Malibu Rescue: The Series since 2019.

To date, the actress hasn’t been part of any sorts of rumors and disputes that could hamper her personal and professional life.

As per other online sources, Abby has an estimated net worth in the range of $1 million to $5 million throughout her profession as an actress.

However, her yearly income, salary, and other income are still under review.

The actress stands at the height of 5 feet 1 inch tall whereas her weight is around 50 kg.

She has a beautiful green pair of eyes color with blonde hair color. Further, her other body measurement is not available at the moment.

The actress has a verified Instagram under the username @abigail.donnelly where she has more than 199k followers.

She has a Facebook page with more than 1.4k followers and over 1.6k likes.