Abby Lee Miller is an American dance instructor, choreographer, and director. She is possibly single.

Abby Lee Miller’s relationship with Italian actor, Michael Padula became public in September 2013 after she took to her social media account to share a picture of them.

By the start of 2014, there were rumors circulating that they had got engaged. And, they confirmed these rumors in the last week of January 2014 with a picture of her showing her wedding sparkler with her partner.

However, there was another twist in their relationship in July 2014 as she revealed that their engagement was fake. It was staged to soothe her mother, who was dying because of cancer.

At present, Miller is believed to be single. 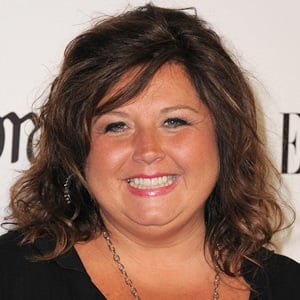 Cry if you have a compound fracture, by all means. Or if your grandpa died. But otherwise, save it for your pillow

it goes up and down and back, and I can lay down in it

Do your job. Do it the best you can. Do it right, because somebody, sometimes your best friend, is waiting for you to screw up so she can take your place.

Who is Abby Lee Miller?

Additionally, she was also the founder of the Abby Lee Dance Company and appeared on the reality television series ‘Dance Moms’ for seven seasons.

Miller was born in Miami, Florida on September 21, 1965, to parents Mary Lorrain, a dance teacher, and George L. Miller as the middle of three daughters.

As a young girl, she studied dance at her mom’s studio in Penn Hills, Pennsylvania.  She is of American nationality. Furthermore, she belongs to a mixed ethnic background of English, Irish, and possibly others.

Talking about her education, there is no detailed information relating to Miller’s educational background.

Abby Lee Miller initially founded the Abby Lee Dance Company while still a teenager. In 1980 she opened her dance studio and has taught 3,000 to 4,000 students to date.

Since then, Miller has gone on to dance in such Broadway productions as ‘Footloose’, ‘Wicked and The Lion King’ as well as in Radio City’s ‘Christmas Spectacular’.

Miller became part of a reality-television show, ‘Dance Moms’ which premiered on July 13, 2011. She was also given another series, ‘Abby’s Ultimate Dance Competition’; it began on October 9, 2012. After increasing legal trouble, Miller left the show in March 2016 and was replaced by dancer Cheryl Burke of ‘Dancing with the Stars fame. All in all, she has 4 credits as a director and 4 credits as an actress.

Miller garnered the Teen Choice Award nomination in 2013. Similarly, she also garnered the same award in 2014.

Miller has not revealed her current salary. However, she has an estimated net worth of around $3 million as of 2022.

Miller became part of several controversies after she filed for bankruptcy and owed more than $400,000 in taxes in December 2010. She began to encounter numerous legal problems in 2014. One of the dancers on Dance Moms sued Miller, charging assault.

Additionally, on October 13, 2015, Miller was indicted for fraud for creating a secret bank account in 2012–2013 used to hide income from masterclasses, TV deals, and merchandise sales.

On May 9, 2017, Miller was sentenced to one year and a day in prison, followed by two years of supervised release. She will also pay a $40,000 fine, ordered to pay a $120,000 judgment, and give a DNA sample relating to her felony charge.

On July 12, 2017, Miller reported to the Victorville Federal Correctional Institution in Victorville, California, to begin serving her prison term.

Talking about her body measurement, Abby Lee Miller has a height of 5 feet 8 inches or 173 cm. Additionally, she weighs around 83 kg or 183 lbs.

Health Update! Abby Lee Miller’s health deteriorates and she gets horrible side-effects of chemotherapy for her Non-Hodgkin’s lymphoma!

Abby Lee Miller diagnosed with non-Hodgkin’s lymphoma! Know about her medical emergencies and course of treatment!