Abram Boise is a happily married man. His wife’s name is Rachel Missie Boise. The couple married on 1st June 2019.

The couple got married to each other in Paradise Valley, Montana. At the wedding, The bride wore a white dress whereas Boise puts on a white dress shirt with tan pants.

After the big day, they honeymooned traveling around the globe including Hawaii, Iceland, Cuba, Japan, and Australia for around 1 year. Prior to that, they got engaged on 15th February 2019.

Before Rachel, he was dating Cara Maria Sorbello and Coral Smith. 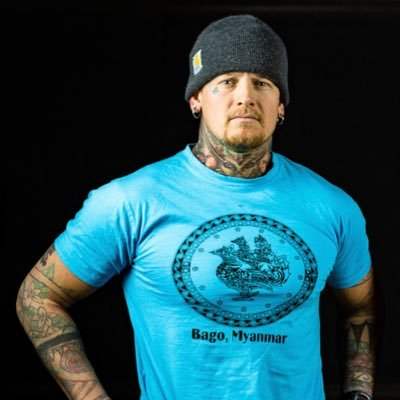 Who is Abram Boise?

Abram Boise is a reality TV star, actor, and builder. Boise is renowned for his appearance in MTV’s reality TV show, The Challenge.

He is the son of Steve Boise (father) and Laura Boise (mother). He has a brother, Michael Boise. The two brothers launched Soundcolor Studios. They are of British ethnicity.

Moving to education, he is a High School graduate. Details on his high school are not available. However, during his sophomore year, he toured to France.

He started his career in the reality TV series in 2003 as a contestant on The Challenge. His appearance in the series played a prominent role in his career.

Following the season, he participated in other seasons of the series including The Inferno III, Cutthroat, Battle of The Exes, and Battle of the Bloodlines.

Apart from the reality show, he appeared in the series including Road Rules, Real Hot, and Reality TV secrets: How to Get on the Slow!

Besides that, he was featured in the short movie, The relationship Killer as Dan. Currently, he is expanding his career as a builder and architect. Also, he is associated with Soundcolor Studios as a writer and artist.

Besides that, he also makes throughout his career as a builder, architect, and writer.

He has blue eyes with auburn hair. He stands at a height of 5 feet and 10 inches and has a decent weight.

To date, he has been through any sort of controversy and scandals that created headlines in the media. Besides that, he has managed to maintain distance from any kind of rumors.

Besides that, he also used to run a self-titled YouTube channel. He is not active in the channel since 2013.

You may also read the bio, age, parents, career, net worth, salary, and social media of  Hector Rodriguez, Philip Winchester, and Griffin Santopietro.