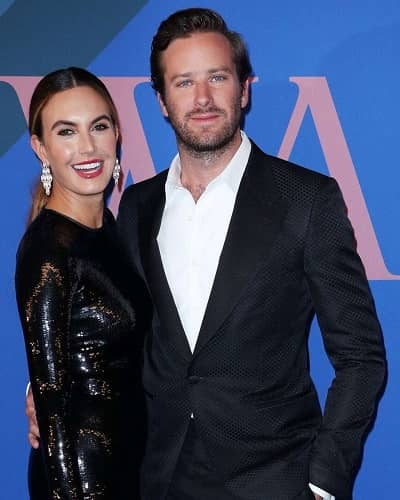 Recent months have been very difficult for actor Armie Hammer whose beautiful life fell apart. Armie has not just been called out for his dark fantasies of cannibalism and bondage but also of infidelity with his wife Elizabeth Chambers.

During the time of the Covid-19 pandemic, he was living with his father and step-mother at a luxury villa in Cayman Island.

He was unable to handle the situation so he booked a flight back to the USA in desperation to escape Caymans. At the time, he was in the final straw in his marriage with Elizabeth. He and his wife Elizabeth had filed for divorce in July 2020 after he decided to leave his family in the middle of their Covid-19 quarantine.

He even sent her a ‘raunchy’ text which was for someone else. After filing a divorce, he started involving in short-term girlfriends and all the accusations came after. Responding to the allegation, Armie said,

“I’m not responding to these bulls— claims, but in light of the vicious and spurious online attacks against me, I cannot in good conscience now leave my children for 4 months to shoot a film in the Dominican Republic.”

More on the failed marriage

Armie was not faithful to her and they had tried couples therapy to save their marriage of 10 years. On 11th March 2021, a close friend of Elizabeth revealed that Armie had confessed to her of cheating on her soon after their son Ford was born in January 2017. As per the magazine Vanity Fair,

“Years later, this friend says, Elizabeth found evidence of an affair Armie was having with a costar.”

Also read Paige Lorenze and Armie Hammer’s bizarre relationship facts! How much is the net worth of Armie in 2021?

Armie Hammer is an American actor. He is famous for his portrayal of the Winklevoss twins in the film The Social Network, Prince Andrew Alcott in Mirror Mirror, the title character in the adventure film The Lone Ranger, and Mike in Mine. Read more bio…

The struggle with mental health of Frankie Jonas! Is Frankie also a musician?
Tags : Actor Call Me By Your Name