Updated On November 18, 2022 | Published By: shahid | In Child , Dating , Relationship
Share this 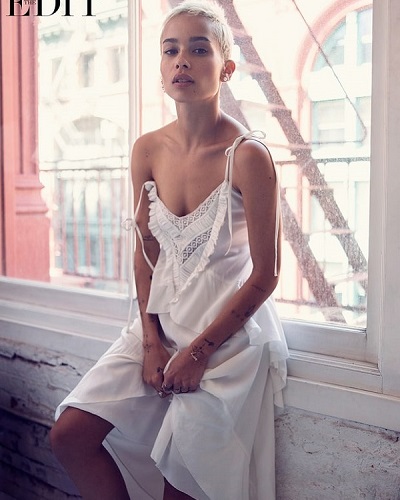 Now Zoe is officially joining the cast of The Batman and Jason is a proud stepfather. He shared his happiness with his Instagram fans.

The actor Jason is extremely elated on learning that his stepdaughter Zoe Kravitz is now going to be one of the cast members of The Batman. He shared this happiness with his Instagram fans.

He put up a picture of the two on Monday 14 October 2019 and captioned it:

“I’m so proud of u zozo bear. On and off screen OHANA. DC WB ohana Lola and Wolfies big sister is CAT WOMAN???????????? Unbelievable so freaking stoked. Your going to have so much fun Aloha P bear.”

Zazie Beetz, Eiza Gonzalez, and the Oscar winner Alicia Vikander were also contenders for this role but ultimately Zoe won it. Hence it is indeed a matter of prestige for the stepfather that Zoe has bagged the role.

Jason Momoa and his good relationships with Lisa Bonet’s family

Jason began dating Lisa Bonet in 2005. Though he was in a relationship with Lisa, he did not have any bitter feelings for her children from his previous relationship.

He became close to Lisa’s daughter Zoe with her ex Lenny Kravitz. This closeness increased over time and now he is a proud stepfather to Zoe.

Additionally, Jason is also on good terms with Zoe’s father Lenny. He and Lisa married in October 2017. The couple has their own two children. Their kids are Lola who is 12 and Nakoa-Wolf who is 10.

Zoe Kravitz and her new role in The Batman

Zoe would join the cast of The Batman and play Catwoman in it. Jason’s sweet Instagram message is a way to welcome her to the family of DC Comics. Zoe will appear opposite Robert Pattinson‘s Bruce Wayne.

Jeffrey Wright would be Commissioner Jim Gordon while Jonah Hill plays the film’s villain. The plot and storyline of the movie are secret and the producers and filmmakers have not revealed much about it. So it would be suspense when the movie comes to the theaters in 2021.

Zoe Kravitz is an American actress, singer, and model. She is famous for starring in movies such as X-Men: First Class, The Brave One, After Earth, and Mad Max: Fury Road. Furthermore, she has also appeared in a couple of famous TV series Californication, Portlandia, and Big Little Lies.

Apart from that, Zoe is also a singer as she has released almost six solo songs which include drive, Wanna Have Fun, Every Fucking Day, and a few more. More Bio…