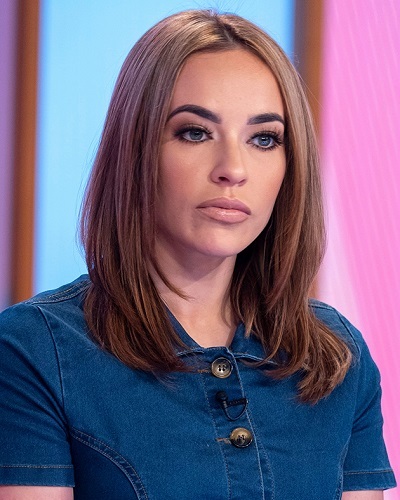 Actress Stephanie Davis had almost died during her drug relapse. The Hollyoaks star shared an honest and heartbreaking video on her Instagram about her previous suicide attempt.

The famed actress suffered from drug addiction. After being sober for some time, she relapsed. Sharing about this with her fans on social media, Stephanie posted an emotional message for her fans. She revealed how she almost died when she went into a relapse. Stephanie also uploaded a heart-wrenching video of her apologizing to her family for it.

The actress said that she is out of her addiction and on the path to recovery. Stephanie, 26 stated that though recuperating, she is still fragile. She added that she is posting the message since she wants to help others with a similar problem. In the video, Stephanie states:

She is crying and shaking as she talks about her drug problem. The star wrote in her Instagram post:

‘I haven’t been back to work because the real truth is I relapsed & tried to kill myself. This was a suicide video I was leaving behind saying I’m sorry & cannot continue. I can still feel the pain in my chest when I watch this. It is really hard to watch.’

The actress also revealed to her fans that she is suffering from high-functioning autism. The doctors diagnosed this condition in her in the past. Stephanie wants to break the stigma which is associated with mental illnesses. She wants to make people aware of it and wants those suffering from it to not feel ashamed of their medical problems. Stephanie said:

‘If I wasn’t in the public eye, I would be dealing with this with my family and loved ones, but I feel I need to be honest because the pain I’ve been through has been so UNBEARABLE that I HAVE to help other people.’

‘I relapsed after a long time sober, I did so well and I am proud of myself for that,’

Stephanie went on to state:

‘I was working on something which I went through in real life that brought up a lot of pain for me, I lost my trust & self-worth, I hated my self & didn’t feel good enough anymore, it’s hard being a single mum, my uncle died & I was battling badly with my mental health without any help or medication & I finally broke.’

She has been trying to get okay and feel so. But her heart is in too much pain and she cannot take it anymore.

The actress revealed that she had a relapse for which she was rushed to the hospital. She shared a picture of herself and her amazing nurse who was with her on her road to recovery. The actress apologized to her family. She is sorry to her son Caben-Albi who is her child with ex Jeremy McConnell. The two have been helping her during her recovery period. She vowed:

Stephanie Davis is an English actress. People mostly recognize her for her appearance in the Channel 4 soap opera ‘Hollyoaks’ and the seventeenth series of ‘Celebrity Big Brother’. More Bio…

What Type Of Man Does Selena Gomez Date? Ex-Boyfriends Of The Singer And Her Relationship Timeline!
Tags : Actress drug addicted actress Hollyoaks star