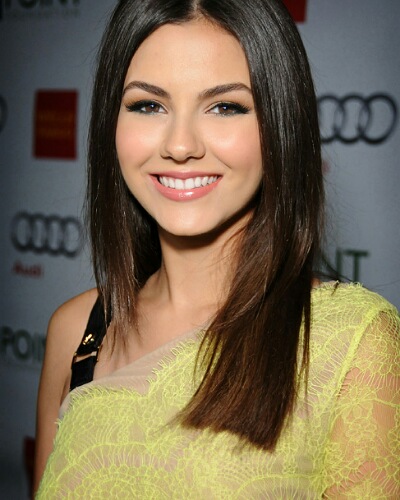 Let us take a look back and see her list of ex-boyfriends.

The gorgeous actress Victoria is currently dating actor and singer Reeve Carney. The two met in 2016 on the set of the remake of the movie Rocky Horror Picture.

Though it is speculated that the two are a couple, they have not confirmed it. They prefer to keep their relationship private and under wraps.

The couple is in each other’s Instagram photos and also are together during their birthday celebrations. They are yet not engaged and have not discussed marriage in a couple. They also have no children together yet.

Victoria Justice and her previous boyfriends

Victoria started work at the age of 10 in 2003. She is continuing with her work and is a highly talented actress. She also had a string of affairs in these years.

Victoria and Josh started dating in 2008 but one year later they had called it quits, as per J-14.

The Justice and Victorious co-star, Ryan Rottman met Victoria on the set of one of their movies. They soon began dating and their relationship lasted for two years. It began in early 2011 and ended in August 2013.

One source had told US Weekly after the split:

“They are at different points in their life and both had been traveling. They’ve both moved on.”

After she and Ryan split, she met Pierson Fode and began a relationship in 2015. Bur again after two years, they broke up. An insider had said to Just Jared:

“They’ve been on a break for a couple of months. They are hoping to work things out and still care for each other a lot.”

But they never came back again.

Victoria  Justice and the reunion of Victorious

On 27 March 2020, it was the 10th anniversary of the premiere of the show Victorious. The cast wanted to meet up on the occasion but due to the coronavirus pandemic, they decided to have a virtual reunion and met on Zoom.

Dan Schneider, the creator of the Nickelodeon show said:

“Hey everybody, it’s the cast of Victorious! We were all supposed to get together tonight on the 10th anniversary of the premiere of Victorious but we couldn’t ’cause of the current situation so we got together virtually, thank you Zoom. Here we are, we’re all together. Thank you so much for accepting Victorious into our homes and for making us a part of your lives.”

Victoria, 27 was Tori Vega on the show and she said:

“Oh my gosh, we love you guys! Thank you so much for supporting our show and after all these years, 10 years, it’s absolutely insane! We hope that you guys are staying home and staying safe and staying healthy. Sending you guys all our love in the world.”

Others who were at the virtual reunion were Ariana Grande, Daniella Monet, Avan Jogia, Matt Bennett, Eric Lange, and Leon Thomas.

Victoria Justice is an American actress, model, and singer. She is popular for the portrayal of Lola Martinez on the series Zoey 101 (2005-2008). She is also popular for playing the character Tori Vega in Victorious (2010-2013). Since 2015, she appears in the series Eye Candy. As a singer, she has performed several songs on the soundtrack for the Nickelodeon musical Spectacular!  She is currently signed to Red Light Management. More bio…