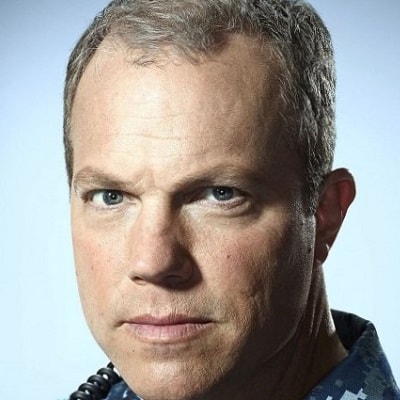 We all felt unique and lucky working on a Kubrick movie, but everyone's human. It's not like we got there with these expectations that we'd be working with Kubrick, the master, the God. He's only human. Familiarity breeds contempt. We just wanted to know when it was gonna be done, and he would just say, "I don't know." We were young and unwise. We didn't know it would end at some point, but we should have realized. We should have enjoyed it while we were there.

What I try to do is to appreciate every job I have while I'm working on it. [Stanley] Kubrick taught me that on Full Metal Jacket. He said I wasn't patient enough. We were a bunch of cocky young actors. "We're in a Kubrick film! We've made it!" Big arrogant fat-headed idiots in green fatigues. I'll always reflect back on that. He showed me you should appreciate what you have while you have it.

It's great to be able to pretend you're tough but funny at the same time. Dry humor. The straight man is already kind of in my wheelhouse. It's a pleasure to play that. I'm not one to start rambling on a Neil Simon soliloquy. I'm no Jack Lemmon. The guys I grew up with, my cinematic heroes, have always been men of few words, but of action. Clint Eastwood, Eli Wallach.

Adam Baldwin has been married to Ami Julius since 1988 who is also an actress. there is no information regarding how and when they met the very first time.

Who is Adam Baldwin?

Adam Baldwin is an American actor. He is known for his performances in ‘Full Metal jacket’ as well as in the TV series ‘Firefly‘ and its sequence movie ‘Serenity‘ as Jayne Cobb.

He was born on 27th February 1962 in Winnetka, Illinois, USA. He is currently 57 years old. However, he has not disclosed information regarding his parents’ identity, siblings, family, early life, and childhood.

He was interested in acting since his young age.

He has no connection with the Baldwin brothers Alec Baldwin, Daniel Baldwin, William Baldwin, and Stephen Baldwin. Also, he is an avid golfer.

Adam holds American citizenship and his ethnicity is unknown.

The famous actor studied at New Trier Township High School based in Winnetka.

When he was 18 years old, Adam Baldwin depicted the role of Stillman in ‘Ordinary People’, John Casey in ‘Chuck’, and as Mike Slattery in ‘The Last Ship’.

He came into limelight after featuring in My Bodyguard (1980) and then played supporting roles in the lesser films prior to playing the lead in 1986 ‘Bad Guys’. Then, he appeared in ‘Full Metal Jacket’ by the following year.

Adam Baldwin has portrayed a major role in ‘D.C. Cab’, ‘Full Metal’, ‘Predator’, ‘Independence Day’ and ‘The Patriot’, etc. Furthermore, he gave the voice of Jonah Hex and Superman in several animated series. In addition, Adam gave his voice to the short films, ‘Vault of the Macabre II’ and also in ‘Vault of the Macabre: The House Upon the Hill’.

He has an estimated net worth of around $5 million and he has earned that sum of money from her professional career.

Adam has been successful in keeping himself far from rumors and controversies in his personal and professional life.

Adam Baldwin stands at a height of 6 feet 4 inches and weighs 105kg. His hair is dark brown in color and his eyes are blue in color.

However, there is no information regarding his body measurements such as dress size, shoe size, etc. He has a strong jawline and a deep resonant voice.

To know more about Britt Maren, Carolyn Murphy, and Milan Lucic, please click on the link.