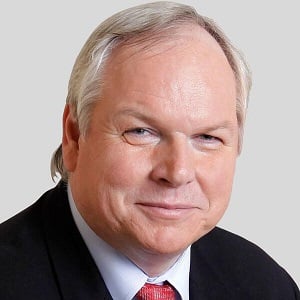 Adam Boulton was previously married to Kerena Ann Boulton. They have two children from this marriage.

Who is Adam Boulton?

Adam Boulton is a British journalist and broadcaster. People mostly know him as the current Editor-at-large of Sky News, and presenter of ‘All Out Politics & Week In Review.’

Additionally, he was previously the political editor of TV-am and former presenter of Sky News’ ‘Sunday Live with Adam Boulton.’

Boulton was born in Reading, the United Kingdom on February 15, 1959. His father was a doctor. Throughout his childhood years, Adam grew up in Reading.

He is of British nationality. Furthermore, he belongs to the English ethnic background.

Eventually, he studied at Christ Church, Oxford, and gained degrees in English and International Relations from Johns Hopkins University.

He also received an Honorary Doctorate of Business from Plymouth University in 2013.

Adam Boulton initially worked as a journalist in the parliamentary lobby. Later, he began working as a political editor for TV-am. Since then, Adam has been an important name in the world of British journalism. He has presented ‘Boulton & Co’ from 1 pm to 2 pm Monday to Friday from 2011.

Additionally, he also presents a review of the Prime Minister’s Questions. He was the host of Sky News’ ‘Leaders‘ Debate on 22 April 2010, during the UK General Election campaign.

Furthermore, throughout his career, Boulton has written for prestigious newspapers and magazines like ‘The Times, Sunday Times’, ‘Guardian’, ‘Spectator’, ‘New Statesman’, and ‘Independent’ among others.

In addition, he has appeared in TV series including ‘All Out Politics’, ‘Sky News: Sunrise’, ‘The Last Leg’, ‘Have I Got News for You’, ‘Red by James Hogan’, ‘America Decides’, ‘This Week’, ‘Christmas University Challenge’, ‘Hidden’, ‘What the Dickens?’, and ‘The Big Fat Quiz of the Year’ among others.

Adam has also authored two books namely: ‘Tony’s Ten Years: Memories of the Blair Administration’ and ‘Hung Together: The 2010 Election and the Coalition Government with Joey Jones.’

Boulton has not revealed his current salary. Furthermore, there are no details available about his estimated net worth at present.

Boulton’s first marriage was controversial. He had an affair with Hunter while he was still married to Kerena. This became front-page tabloid news in 2002.

Additionally, Adam became part of another controversy after a video leaked in 2017 of him berating sky colleagues off-air. Furthermore, at present, there are no rumors concerning Adam’s life and career.

Talking about his body measurement, there are no details available about Adam Boulton’s height and weight. His hair color is blonde/grey and his eye color is blue.