Adam Brody is a Teen-Awards winning actor and producer. He is renowned as Seth Cohen in the TV series, The O.C.  He is married to Leighton Meester.

Adam Brody is a married man. His wife is non-other than the actress, Leighton Meester.

The couple first met at the shoot of The Oranges in March 2010 at Westchester, New York.  While they were shooting, they started developing a good bond as a friend. Later, they started dating each other.

Eventually, the couple engaged in November 2013. Later, they got married on the 15th of February 2014 at a very private ceremony. Being an extremely private couple, they have not shared any details about their wedding.

The couple is blessed with a daughter, Arlo Day Brody (born 4th of August 2015) in Whittier, California. 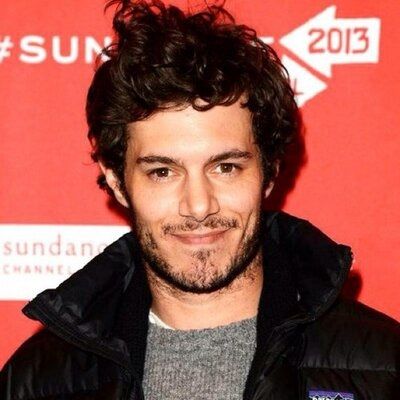 Comic books aren't nerdy. You'd have to be an idiot to think computers are nerdy.

I have been in teen shows for years, so doing that stuff - kissing - is kind of commonplace and not a big deal. It was way more cool just because it was Meg Ryan.

I am super-proud to have a sort of famous character in my background that if you're a certain age, he was probably a part of your youth. I think that's pretty cool.

Who is Adam Brody?

Adam Brody is a Teen-Awards-winning actor and producer. He is renowned as Seth Cohen in the TV series, The O.C.

Last, in 2020, he appeared in the series Single Parents as Derek. Also, his upcoming movie, The Kid Detective is in the stage of pre-production.

He was born as Adam Jared Brody on the 15th of December 1979 in San Diego, California. His father, Mark Alan Brody is an attorney whereas his mother, Valerie Jill Bordy-Siefman is a graphic designer by profession.

He has two younger siblings, Sean and Matthew. They are of British-Irish ethnicity.

Talking about the educational background, he completed his higher school education from the Scripps Ranch High School. Before that, he attended Wangenheim Middle School.

Later, he joined a community college. However, he dropped from the college to pursue acting as his career.

At the age of 19, Adam Brody left San Diego and moved to Hollywood to be an actor. After that, for a year, he went through an acting training and various auditions.

Eventually, he started landing roles in the films and series. Some of his early movies include Undressed, Random Acts of Violence, and American Pie 2.

In 2003, he featured the movie, Grind as Dustin Knight. The same year, he made his appearance in the series, The O.C. His role, Seth Cohen in series became the first milestone in his career. Till 2009, he appeared in the series. In between, he featured significant movies like Mr. & Mrs. Smith, Smiley Face, and Death in Love.

Later, in 2011, he contributed his voice to the character Woodie in the series, Good Vibes. With the passing year, he features the hits that include Welcome to the Jungle, Yoga Hosers, and Ready or Not.

Last, in 2020, he portrayed the character of Jez in the thriller drama, Promising Young Woman. Besides acting, he is also active in the production works that include the TV series, StartUp, and short, Home Security.

Through his career as an actor, he has made an estimated net worth of $16 million as of 2022. His earnings as an actor are in the range of $20k to $214k. Besides that, he also makes through his production works that mostly includes the TV series.

Till the date, he has not been through any sort of controversy that created headlines in the media. Also, he has maintained his distance from any type of rumors.

Adam Brody has brown eyes with black hair. He stands at a height of 5 feet 11 inches and 74 kg.

You may also read the bio of Max Walker, Matt Cornett, and Ron Bottitta.