Adam Busby is a TV Personality. Busby is renowned for the American Reality TV series, OutDaughtered.  He is married and a father of six kids. 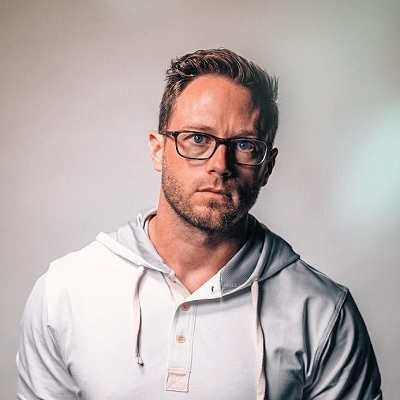 What is the relationship of Adam Busby?

Adam Busby is a happily married man. His wife, Danielle Busby is also a TV personality renowned by the TLC’s show, OutDaughtered.

They first met each other during the job. Later, they started writing to each other. However, he was super nervous to ask her for the date. Eventually, gathering the courage that he had he asked for the first date.

He bailed her on the first date as at the last moment, he decided to hang out with his friends. Eventually, they had their first date. After two years of dating each other, they got engaged on Christmas Eve. One year after that, the couple married on 22nd July 2006. They kept their wedding small and intimate.

Together, the couple is blessed with six children including their eldest daughter, Blayke Louise (b. 5th April 2011), and quintuplets Ava Lane, Olivia Marie, Hazel Grace, Riley Paige, and Parker Kate (b. 8th April 2015). That makes them the first parents to have quintuplets in the United States. Their daughters; Hazel and Riley are identical twins.

Who is Adam Busby?

Adam Busby is a TV Personality. Busby is renowned for the American Reality TV series, OutDaughtered.

Adam Busby was born on 10th June 1982 in Lake Charles, Los Angeles, United States. He is of British ethnicity.

He happens to be the son of Tyrell Busby (mother) and Phillip Busby (father). Talking about his family background and childhood, there is very less known as he likes to keep it personal to himself.

Moving to his academics, he completed his High School Education at the Sam Houston High School.

In the year 2006, he started his career as a key account manager for the company, Intrinsic Solution. However, he came into the limelight when he featured the TLC’s reality TV series, OutDaughtered in May 2016.


The show featured the struggle the couple has experienced as the parents to six daughters including quintuplets. In the first season, the show had only four episodes. As the show earned the attention of the various audiences over time, the number of episodes subsequently increased.

In the year 2018, he left his job as the key account manager and started his own Media house in Texas with the name, Adam Busby Media. Last, in 2020, the show completed its 7th season.

As of 2022, he has an estimated net worth of $5 million. To date, he has not spoken about his salary in person. However, his earnings as a TLC reality star, his earnings are in the range of $85k or above.

He has blue eyes with auburn hair. He stands at a height of 5 feet and 10 inches and weighs around 80 kg.

Talking about his appearance, he has a charming and charismatic persona with an oval-shaped feature. Also, he prefers to have slightly grown facial hair.

He was criticized when he and his wife, Danielle were slammed by their fans and followers for sending their kids in the middle of the COVID-19 pandemic.

As a response, he made it clear that Homeschooling six kid is not a sustainable situation for them via his Instagram comment.

Also, he runs the YouTube channel, It’s a Buzz World with 1.41 million subscribers with 254.8 million views.