Adam Capriolo has revealed himself as gay but hasn’t seemed to be dating anyone now. He may have put his love life out of media or may be focused on building his career now.

So, his relationship status currently is single. 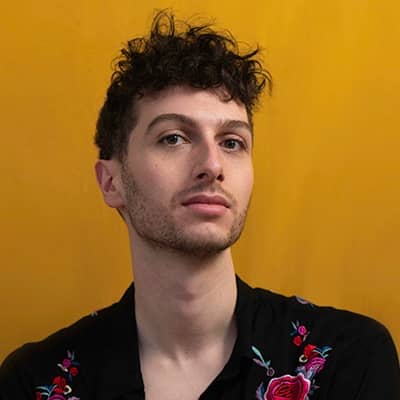 Who is Adam Capriolo?

Adam Capriolo is an actor and filmmaker appearing as a regular on Free form’s TV series The Bold Type. Adam Capriolo infuses his writing and filmmaking work with a commitment to societal change.

Adam was born in Montreal, Canada. He seems to be in his 30s though his birth date isn’t disclosed.

Moving on, the information about his parents and childhood is not available at the moment. Adam is of Canadian nationality and Mixed (British and Irish) ethnicity.

Talking about his education, there is no information about his academic background.

Adam Capriolo has worked with Repercussion in their 2015 production of Twelfth Night as Sir Andrew. He was also nominated for a META for Outstanding Supporting Actor.

About his theatre works, he started in Guys and Dolls (Segal Centre), Spring Awakening (Persephone/Centaur), and The Detective, the Dame, and the Devil (Montreal Fringe).

He appears on the movie, Gerontophilia as Hustler in 2013 and We’re Still Together as Buddy in 2016.

In 2017, he played Chris Kanew in the Amazon film, Brad’s Status, opposite Ben Stiller. The same year, he was also seen as Andrew on the hit Freeform series The Bold Type which has been renewed for a second and third season.

He is also the part of its fourth season and was talking about its second half, working on the show, Andrew’s relationship with Jane, Andrew/Jacqueline’s relationship, in an interview.

Apart from being an actor, he is also a director and a writer as well. He keeps writing blogs about sexism and racism.

Being one of the successful personality, he must have good earning. Though his net worth is estimated to be $2 million as of 2022.

Maintain a low profile, he has never talked about her personal life. And so he is far from media as well as from rumors and controversies.

As for Adam Capriolo’s height, he stands at around 5 feet 8 inches tall and has decent body mas. With a fair skin tone, he has brown colored hair and hazel colored eyes.