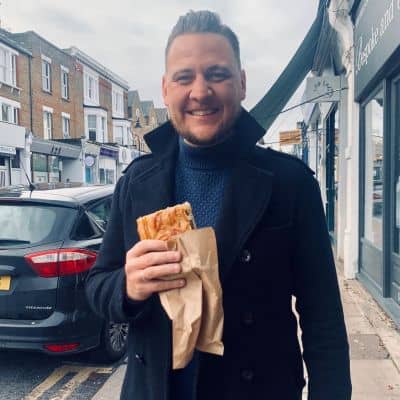 What is the relationship of Adam Collins?

Talking about his relationship details, Adam Collins is a married man. He is happily living a married life with his longtime partner, Rachel Gotts. They tied the knot in a private manner with the involvement of close family friends and relatives.

Moreover, the couple is blessed with a daughter named Winnie. Currently, they live in North London without any sign of controversy.

Who is Adam Collins?

Adam Collins is a well-recognized Australian cricket journalist and broadcaster. Collins was named the 2020 Cricket Writers’ Club Christopher Martin-Jenkins Broadcaster of the Year.

Moreover, he has written for different publications like Cricbuzz, The Cricket Paper, The Evening Standard, The Independent, ABC, The Daily Telegraphy, and so on.

Adam Collins was born on 15 August 1984. At present, he is 37 years young commentator. Likewise, his birthplace is Dandenong, Victoria, Australia.

Not much is known about his father and mother’s details, Adam has been secretive towards his family. Moreover, he has not shared his sibling’s information in the public till now.

Talking about his nationality, Collins holds an Australian identity whereas his ethnicity is Caucasian.

Regarding education, the journalist attended Lyndale Secondary College in North Dandenong. Later, he completed his higher education at East Aurora High School in New York. Collins also attended Monash University where he was involved in the Labor Party.

Adam is professionally a broadcaster and cricket journalist. Earlier, he worked as a media advisor to Australian Prime Minister Kevin Rudd and was working as the staff of federal treasurer Wayne Swan. Collins also performed on the London 2012 Olympic Games and 2012 Paralympic Games organizing committees.

Talking about his career in journalism, Collins has written for publications like Cricbuzz, The Cricket Paper, The Evening Standard, The Independent, ABC, The Daily Telegraph, the CricInfo, and so on. He also earned the 2017 NRMA Kennedy Award for Outstanding Sports Reporting for a David Warner front-page exclusive.

Moreover, Adam also bought the radio rights to the Australian national cricket team Test match series against Pakistan for a five-figure sum. The broadcaster hired Geoff Lemon as a co-commentator, with Brendan Julian, Mike Hussey, and so on.

For Sky Television in the UK, Collins has commented on men’s and women’s Test cricket and One Day Internationals, whilst also featuring as a guest on Sky television shows like Cricket Writers on TV, The Debate & The Cricket Show, as well as BBC Breakfast and BBC News.

A famed journalist, Collins has earned a handsome amount of money from his profession. He has been active in his profession from the year 2015 till the present.

It is reported that Adam Collins has an estimated net worth of $1 million.

Adam has never been part of any controversial matter or rumors till now. The sportscaster has been preoccupied with his professional and private life.

It seems that Collins prefers enjoying his personal life and does not want to merge it with his professional life.

37 years young caster, Adam has handsome looks and an admirable personality. He has not mentioned his exact height but seems to be nearly 6 feet tall.

Furthermore, Collins has hazel eyes whereas his hair is blonde.

Regarding his social media presence, Adam Collins is an active personality on social media. Adam has more than 2.6k followers on his official Instagram account @collo_1984.

He is also active on Twitter with around 37k followers.

Moreover, Collins is also available on Facebook with nearly 3.7k fans and supporters.