Who is Adam Demos Dating?

Adam Demos is currently romantically linked up with his Sex/Life co-star, Sarah Shai.

They started seeing each other in 2020. The couple’s on-screen and off-screen romance is loved and appreciated by the fans as well.

There was a rumor that Adam and Sarah are engaged in March 2022 after, Sarah was seen wearing a shiny ring on her engagement finger. However, none of them have made the confirmation regarding the rumor.

It is not sure, whether they are engaged or not, but we are clear that they are still together in a relationship. 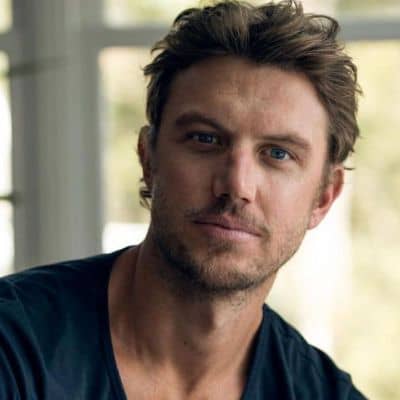 Who is Adam Demos?

Adam Demos is a popular actor hailing from Australia. He is best recognized for portraying Jake Taylor in the American romantic comedy film, ‘Falling In Love.’

Adam Demos was born on  24 May 1985 in Wollongong, New South Wales, Australia. Demos is 36 years old as of 2022 and holds Australian nationality. He is Caucasian by ethnicity and also has the Gemini birth zodiac sign.

He was born to his mother Lindy Demos while the name of his father is undisclosed. In addition, the actor is a cousin of Tyson Demos, an Australian basketball player.

As per his academics, he completed his schooling at the Tarrawanna Public School. Later, in 2003, he graduated from the Dapto High School.

Initially, Demos worked as a construction laborer in his father’s demolition business and Bondi’s Hotel Raves. When he was 23, he went to Screenwise Film & Acting School based in Sydney to pursue the acting course. He considers his mother a big supporter.

Then, he debuted his acting career with a minor role in the series, ‘Home and Away’, and ‘Rescue: Special Ops’ in 2009. In 2012, he grabbed the soft drink advertisement project where he was featured as ‘Solo Man.’

He starred as Nate Baldwin in the 3rd season of the Australian television drama program, ‘Janet King’ which aired on 25 May 2017.

Later, he was cast as August Walker in the 3rd and 4th seasons of the American drama series, ‘UnReal.’ This was Adam’s first international production.

Similarly, he was cast as Jake Taylor in Roger Kumble’s romantic comedy movie, ‘Falling In Love.’ He shared the screen with Christian Milian, Blair Strang, Claire Chitham, Jeffrey Bowyer-Chapman, and others. Netflix released the movie on August 29, 2019.

His most recent project is the television series, ‘Sex/Life’ in which he portrayed Brad Simon. The first season of the series was released on June 25, 2021, while the second season was renewed in September 2021.

He gained attention on social media platforms due to his full-frontal nude scene in the 3rd episode. The second season of the series is yet to be released.

The net worth of Adam Demos is estimated to be around $500,000 US dollars as per Forbes. He is on the way to accumulating more wealth through his hard work.

At the moment, the actor’s salary and earnings are not available.

There was a rumor that Adam and his girlfriend, Sarah are engaged in March 2022 after, Sarah was seen wearing a shiny ring on her engagement finger. However, none of them have made the confirmation regarding the rumor.

Talking about his social media presence, Adam Demos is present on Instagram under the username, @adam_demos having more than 1m followers.

He is also active on Twitter garnering around 6.4K followers. In addition, there is also an official Facebook page under his name, enriched with over 4.6K followers.