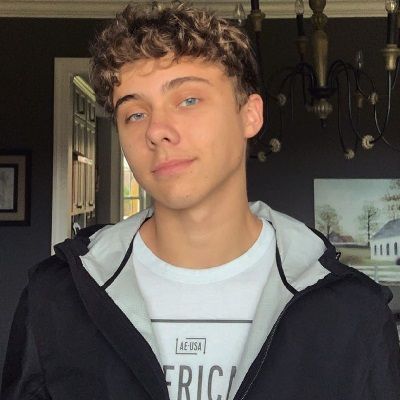 Adam Dillon is currently single. He went to 2019 prom with his friends Brendan Gallier, Tristan Lovins, Julie Kay, and others.

He shares a good bond with his friends.

Who is Adam Dillon?

Adam Dillon is an Instagram star. Adam is best known as a content creator with his situational comedy sketches on TikTok.

Likewise, he has his own Merchandise line.

Adam Dillon was born on 8th January 2002 in the United States. Dillon has two brothers Zach and Nate Dillon with whom he grew up. Growing up he played travel baseball.

On Instagram, he posted a picture of District Champs yeard with his baseball team. His team has won State Championship as well.

Adam is a TikTok personality. He has gained 1.6 million followers on TikTok. His TikTok has 82.2 million likes on his videos. His video gets more than thousands like. He makes comedy sketches on TikTok.

His name on TikTok was cool.guy previously. Likewise, he used a remix of the Lil Nas X song Old Town Road on one of his videos which he captioned as White people when they finally realize when the beat drop is coming up.

Similarly, he has his own merchandise line. He sells stuff like having Cool print on t-shirt, phone case, and other items. He sells them under the website ‘teespring.com/stores/cool-store-55’.

Likewise, he wears his Cool hoodie mostly on his TikTok videos.

He is active on Snapchat with the name ‘darealadamd’.