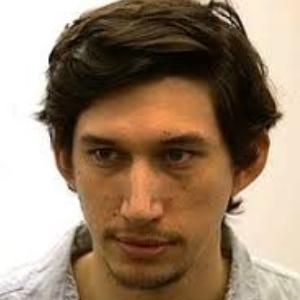 In the military, you learn the essence of people. You see so many examples of self-sacrifice and moral courage. In the rest of life you don't get that many opportunities to be sure of your friends

The deadly thing in my job is to attach too much meaning to everything. You have to have a sense of humor about yourself...I'm definitely trying to figure this all out as I go along, how to craft a career. As things get bigger, I have days of depression, sitting in the house and wondering 'What are you doing? Is it even relevant?'

I auditioned in Chicago for Juilliard and didn't get in. I was basically living in a back room of my parents' house, paying rent and not doing anything with my life. I'd like to say it was patriotic to join the Marines, but it was also that I was doing nothing honorable with my life, and spending too much time at McDonald's.

Reflecting on a personal life of Adam Driver, he is a married man. He is married to actress Joanne Tucker on 22 June 2013. It was a destination wedding attended by many of his co-stars including Lena Dunham.

He is living a happy married life with his family in Brooklyn Heights, New York City. The couple does not have any children yet.  His own life is not in the spotlight as his career path is. He has kept his own life a long way from the sensationalist newspapers. There is no information about him being in other romantic relationship that we know of.

Who is Adam Driver?

MTV Movie Awards winner Adam Driver is an American actor who is active since 2010. He rose to fame for his appearance as Adam Sackler on the hit HBO series Girls. He is also famous as Kylo Ren in the 2015 film Star Wars: The Force Awakens.

The son of Nancy Wright(mother) and Joe Douglas Driver(father), Adam Driver was born in Fontana, California. He was born on 19 November 1983 and named Adam Douglas Driver. He grew up with his elder sister, April Driver in his mother’s hometown of Mishawaka, Indiana. He does not have any brother.

His stepfather’s name is Rodney G. Wright who is a minister at a Baptist church. He has an American nationality and has a mixed ethnicity of English, Dutch, German, Irish, Scottish, and Welsh.

Driver studied at Mishawaka High School and attended the University of Indianapolis. Before attending the University, he also served in the Marines for more than two years after 9/11. He got transferred to Juilliard School to study drama in New York.

Talking about the career journey of Adam Driver, he started acting appearing in both Broadway and off-Broadway productions in New York.

He has also worked as a busboy and waiter before rising in fame. In 2010, he appeared on the stage show as Dov Kaplinsky in The Retributionists and as Frank Gardner in Mrs. Warren’s Profession.

Furthermore, he also debuted in the television series The Wonderful Maladies in which he appeared as Zed.

Similarly, he has appeared on the television series The Unusuals as Will Slansky and as Robby Vickery in Law & Order in 2010. In 2011, he debuted in the feature film J. Edgar as Walter Lyle. He has spread his wings equally at ease with both forms of media.

However, Driver career only took on a successful path in 2012 after appearing in the  HBO hit comedy-drama series Girls. In the series, he portrayed the notable role of emotionally unstable boyfriend Adam Sackler. In the same year, he has also appeared in films such as Gayby, Not Waving But Drowning, Frances Ha, and Lincon.

He portrayed the character of Kylo Ren in the film Star Wars: The Force Awakens in 2015. In addition, he runs a non-profit organization called Arts in the Armed Forces that put on shows for the military.

His success in his career path has paid him well financially making his net worth estimated to be $2 million.

He was rumored to be playing Nightwing in Batman Vs. Superman. It was also said that he would be portraying the character of Jacen Solo, son of Han Solo and Princess Leia in JJ Abrams’ ‘Star Wars: Episode VII’.

Adam Driver stands 1.89 m tall and weighs 89 kg. His chest size is 43 inches and his biceps are 15 inches. In fact, his waist size is also 43 inches. He has dark brown eye color and he has dyed his hair brown. His sexuality is straight and his shoe size is 10(US).