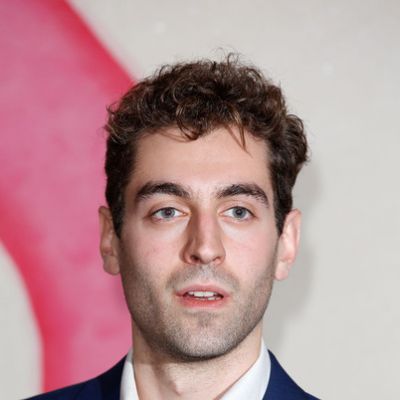 Adam El Hagar is possibly single. He hasn’t yet introduced anyone as his girlfriend or lover in the media.

Who is Adam El Hagar?

Adam El Hagar is an English actor, musician, and writer. He is popular for his role in BBC TV Series Peaky Blinders & Fx’s Tyrant.

Presently, he is set to appear in the upcoming superhero film, Morbius which is released on January 28, 2022.

Adam is the son of director Khaled El Hagar (father) and Janice Rider (mother), a freelance film/TV costume designer. However, his academic background is under the curtains.

Further, she holds British nationality whereas his ethnicity is unknown.

Adam made his acting debut through the 2000 film, Room to Rent where he was cast in the role of Ali’s brother (Saïd Taghmaoui portrayed Ali’s character). His father is the director and screenplay writer of the film. He then appeared in the 2003 short film, The Secret of year six as Young Mike. The same year, she made a television debut in a TV short, Red Sky At Night.

Hagar has also provided his voice to the character Narrator in the 2012 film, Emmeline. Furthermore, he has appeared in the films like L’Assenza (2013), Ammaryllis (2019), and Cold Blow Lane (2020). He guest-starred in several TV series such as Peaky Blinders, Tyrant, and Catherine The Great.

Similarly, Adam has performed in several theatre productions including Enduring Song at Bristol Old Vic, Sealand at Arcola Theatre, Rubberbandits at Shakespeare’s Globe, and more. He has also co-written a musical play, Licensed to Ill, based on the American rap group The Beastie Boys.

Adam’s source of his income is his acting profession. He might have amassed an impressive amount of wealth but hasn’t been available in the media.

His salary, net worth, and other income are still under review.

Adam has managed to maintain a clean profile in the media. To date, he hasn’t been part of any sorts of rumors and controversy that create a huge buzz in the media.

Adam has a towering height. He stands at the height of 5 feet 11 inches tall and his weight is about 65 kg. Likely, he has a blue pair of eyes and light-brown hair color.

His weight and other body measurements aren’t available in the media.

Adam has also a self-titled YouTube channel where he has 11 subscribers as of now.