Adam F Goldberg loves writing. He is also a producer. Adam is married to Sarah Goldberg. 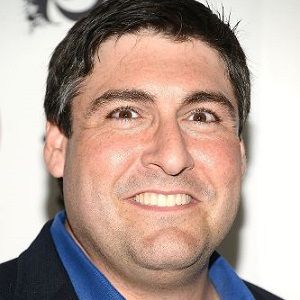 In talking about his personal life he is married to a woman named Sarah. After being in a relationship for a certain time, the couple was so much in love with each other. They decided to take their relationship to the next level and they got married. They do not have any children yet.

Who is Adam F Goldberg?

Adam F Goldberg is an American film and TV producer, and writer, who is popular as the creator and showrunner of television series including Schooled, Breaking In, and The Goldbergs.

A writer was born on April 2, 1976, to a Jewish family in Philadelphia, Pennsylvania, USA.

He is the son of Beverly and the late Murray Goldberg. Adam is the youngest of three siblings, with brothers Barry and Eric. He calls his grandfather Pops and stated that he had Alzheimer’s.

From the beginning, he was interested in dramas. He had already written more than fifty dramas till now.

In 1994, he graduated from the William Penn Charter School in Philadelphia.

Then in 1998, he graduated from New York University after double-majoring in film and dramatic writing.

He started his career in 1992 from his first play, Dr. Pickup, at the age of 15. Besides, he had written more than 50 plays by 1995, which were performed around the country including the Sundance Playwrights Lab, The Greenwich Street Theater, the Illusion Theater, The Saint Marks Theatre, The Tada! Theater, the Joseph Papp Theater, and The Walnut Street Theater.

Moreover, in 2003, Goldberg’s first comedy-writing job began for the sitcom Still Standing, where he worked for four years and finished as a co-producer. He has also an important role in the development of the screenplay for Fanboys.

After the big success of Fanboys, he was hired to write the screenplays for The Jetsons which was the remake of Revenge of the Nerds. He has also produced some successful movies, including Daddy Day Camp (Columbia), The Comebacks (Fox), Bobism (MGM), Jeff the Immortal (Universal), and a remake of Night of the Living Dorks(Warner Bros).

Goldberg signed a three-year overall deal with Sony Pictures TV in 2011 and in the same year he was a producer on NBC’s Community while developing new projects. He got a pilot commitment to shoot an autobiographical show about his family titled How the F— Am I Normal? in 2012.

Adam has won the Philadelphia Young Playwrights Festival for Dr. Pickup. Besides that, in 1997 he was a finalist for the American Theater Critics Association’s  Osborn Award for his full-length play, One on One.

His family is scandalous as they yell and scream a lot while doing even a normal conversation.

He earns a decent amount of salary from his work but has not disclosed it to the media or public.

His estimated net worth is about $10 Million according to the sources.

He has an average body type with dark brown hair and dark brown eyes.

Do not miss to find out more about the birth facts, salary, net worth, relationship, controversy, and the bio of Joe Wright, James Dreyfus.