Adam Faraizl is an American actor known as Eddie Kaspbrak of the Movie, 1990- IT. He is married.

Adam Faraizl is married to Sally. They wed on the 9th of June 2006. Together, they have a child.

Prior to that, he was married to Samm. They divorced on the 6th of February 2001. They have a child together. 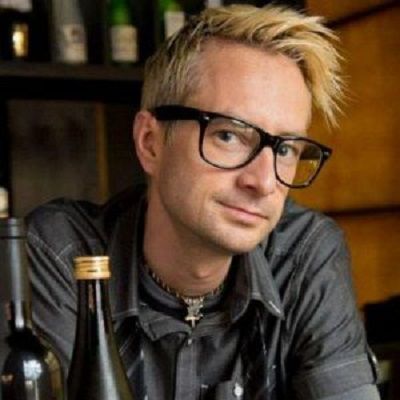 Adam Faraizl is an American actor. He is renown as Eddie Kaspbrak of the Movie, 1990- IT.

Next, he is appearing in the Documentary, Pennywise: The Story of It.

Currently, he is serving beverage director in Austin, Texas.

Adam Faraizl was born  Christopher Adam Faraizl on the 3rd of November 1977. He is of British- Irish ancestry.

He graduated from the University of Victoria, British Columbia, Canada with Honors in Pacific & Asian Studies.

He started his career at the age of eight with the TV series, American Playhouse. In the series, he played the character of Young Arthur for a single episode.

Three years later, he was cast in the movie, 1988- Johnny Be Good as Randy Walker. The movie is based on the life of top high school football players and many schools wanting to enroll him in their school. After that, he was featured in the adventure, drama mini- TV series, Lonesome Dove as Joe Boot for two episodes.

Subsequently, in 1990, he played the role of Little League Kid in the movie, RoboCop 2. In the same year, he was cast as Young Eddie Kaspbrak for the horror movie, IT along with the actor Emily Perkins and Seth Green. These two movies turned into a milestone for his career.

After the movie, he debuted in TV movies with 1991- Final Verdict as Don Brown. Last, in 1992, he featured the movie, Where the Red Fern Grows: Part Two as Wilson Jeffries.

In 2018, he pursued his career as a beverage director in Texas.

He is a blue-eyed auburn. His height is 5 feet and 10 inches.