Tall and handsome Adam is an unmarried person. He has managed to keep his personal information so secret that nothing relating his past and present affair status is published.

It seems like he is sharpening his strength and skills to make his all dreams come true. According to our record, he is single. 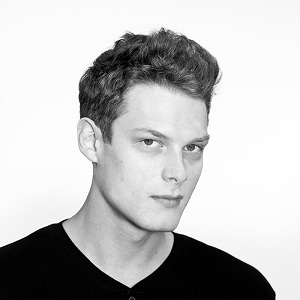 Adam Fidusiewicz is a Polish actor. He is extremely prominent for his role in “In Desert and Wilderness” (2001), “Na Wspólnej” (2003), and “Malgosia contra Malgosia” (2008). He is a hard-working person and has made a recognizable position in the Polish acting field.

Adam was born to European parents on February 18, 1985, in Warsaw, Poland. His nationality is Polish and belongs to the European ethnicity.

There is no more information available about his parents and siblings.

Concerning Adam’s educational background, he attended the University of Social Science and Humanities from 2004 to 2009.

Currently, there no drastic rumors regarding Adam’s personal and professional life. It seems like he is doing best job without harming others for which he hasn’t been a part of controversy yet.

Adam has a height of 6 feet 1 inch. He has brown hair and blue eyes. Furthermore, there are no details regarding the body measurement of Adam.