Adam Gottschalk is a Real Estates Agent and Instagram star.

Adam Gottschalk is happily engaged to his girlfriend Raven Gates on May 31, 2019. She is a reality star and fashion boutique owner. They two meet in Tv reality show Bachelors in Paradise and ended up being a couple.

On May 11, 2019, he and his girlfriend went for a photoshoot for Raven’s online boutique then he took Gates to the helicopter pad on the rooftop and gave her a bunch of roses.

When Gates threw the roses in the air, he bent down on his knee to propose her for marriage and she accepted.

They later announced the good news through their respective Instagram posts by posting many beautiful photos. 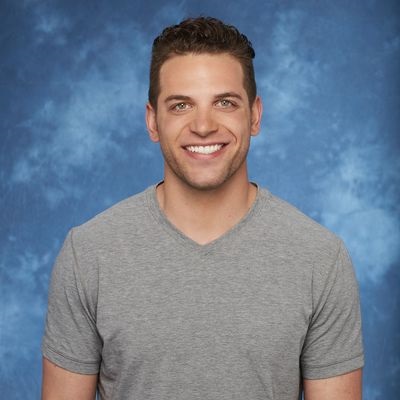 "She thought it was a normal shoot day. We were at the helicopter pad on the roof and Raven had roses in her hand. She was throwing the petals up for cute photos,"

"She did a few practice runs and then the videographer slipped me the ring and once she threw the petals up, I got down on one knee. I blacked out, but I got everything out that I wanted. I legitimately broke down and cried. It took me 30 seconds to pull it together. After I saw the video that the videographer made, I was sobbing for hours."

"This weekend has been a work in progress for the last 4 months. I went to bed with you on Thursday night as my girlfriend and woke up to you as my fiancé on Friday! I can’t believe all the love and support from everyone over the last couple of days."

Who is Adam Gottschalk?

Adam Gottschalk is a Real Estates Agent and Instagram star. Adam Gottschalk came into the limelight after appearing in Tv reality shows The Bachelorette, 2017, and Bachelor in Paradise, 2017-2018.

He is the love interest of Raven Gates, a reality star.

Born on April 19, 1990, Adam is currently 31 years old. He was born in California and raised in Dallas, Texas, United States.

Details about his father, mother, brother, and sister are unavailable. His ancestry is also not known.

After completing his schooling in Dallas, he went to study at the University of Arizona where he also played football for the college team from 2008-to 2011. He graduated in Real Estate Development and Business Management from the university.

Before participating in The Bachelorette, he was already a successful real estate agent. In 2016, he received the title of ”Top Power Brokers” for retail in Dallas Magazine’s CEO Edition closing over more than $63MM worth of retail investment property.

In The Bachelorette, he got eliminated in the 7th week. Then, he went to Bachelor in Paradise where he meets his current finance, Raven Gates. He has also appeared in GMA3: Strahan, Sara & Keke (2019).

As of 2022, the reality star has a net worth of $800 thousand. He has earned a good amount from his achievements in business and reality shows.

Adam Gottschalk is 6 feet and 2 inches tall and weighs around 83kg. He has 16 inches of biceps with a body measurement of 44-32-37 inches. His eye color is blue whereas he has dark brown hair color.

He loves traveling. His Instagram posts are full of his lifestyle, party, and traveling to many countries and places with his girlfriend Raven Gates.

Some of his favorite movies are The Wolf of Wall Street, Transformer, and The Pursuit of Happiness. He claims to be a good cook and revealed he used to cook meals in college and charged people.

Animals he fears the most are snakes and spiders. His favorite actress is Jennifer Lawrence.

You may also know about Heather Bilyeu Altman, Astrid Loch, and Nicole Lopez-Alvar.