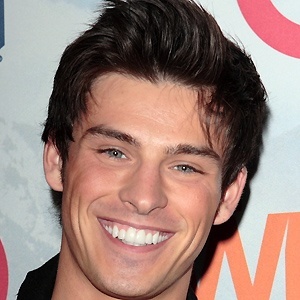 What is the relationship of Adam Gregory?

Adam Gregory is a married man for a long time. He is married to his high school girlfriend Sheridan Sperry. The couple dated each other for several years before getting married. After years of their affair, the couple married on 26 February 2010. Their first son, Kannon Gregory was born on 8 February 2013. The couple had their second son on June 16, 2016. Adam hasn’t disclosed the name of his second child in the media. The couple has been married for seven years now and their relationship is still going very well. There are no other records of his past and present love affairs. It seems like Sperry is the first love for her life and he is living a happy life with his wife and children.

Who is Adam Gregory?

Adam Gregory is an American actor. He is best known for playing Thomas Forrester on the CBS soap opera The Bold and the Beautiful. He is also known for his preppy-bad-boy character, “Ty Collins” in 90210.

Adam was born on 28 December 1987, in Cincinnati, Ohio, USA. His nationality is American and he is of North American ethnicity.

He is the youngest of three sons of American parents. He has two brothers named Shannon, a pilot, and Scott, a US Navy.

He graduated from Oak Hills High School in 2006. After high school graduation, he enrolled at Northern Kentucky University but dropped out to pursue his acting career.

Adam began his acting career in 2008. His first acting role was as Derek in the TV film Just Jordan (2008).  That same year, he had a small role in an episode of the TV film Wizards of Waverly Place.  He made his movie debut playing the character Dom in 17 Again (2009). That same year, he appeared in Hannah Montana: The Movie.

Gregory played the role of Ty Collins in the American teen drama television series 90210 from 2008 to 2009. In August 2010, he was cast as the new Thomas Forrester on CBS’ daytime soap opera, The Bold and the Beautiful. He stayed with the show for three years. In 2014 he played the lead character, Corporal Simms in the film Saints and Soldiers: The Void. He has been a successful actor in his career.

Adam Gregory: Salary and Net Worth

There is no information about his salary and he has an estimated net worth of  $1.5 million as of 2022.

He has a good height of 6 feet 2 inches with a bodyweight of 81kg. He has blue eye color and his hair color is brown. His shoe size is 11 US.