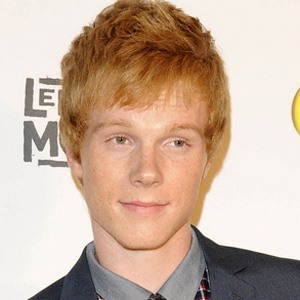 If someone is sad, they put on a song, or if someone wants to rock out, and they want to get into a good mood, they put on music. Just being able to be a part of something like that I feel like was my ultimate push to do music

I live in Las Vegas with my family, and I never realized what my parents would go through to get me to a five-minute audition

What is the relationship of Adam Hicks?

Who is Adam Hicks?

Adam Hicks is an American television actor, rapper, singer, and songwriter who is immensely eminent for his work as an actor in Luther in the Disney XD series ‘Zeke and Luther’. He is also known for his role of Wendell Gifford in the film Lemonade Mouth’.

Adam Hicks was born on November 28, 1992, in Las Vegas, Nevada, United States of America. His nationality is American and his ethnicity is North American.

Adam Hicks was born to American parents and was raised in the same place she was born. He was raised by his parents along with his sister named Tristan Hicks. From the very early age of life, he was interested in pursuing a career in the entertainment field as he started his career at the age of 8.

Adam Hicks initiated his career as an actor in multiple episodes of Titus which was followed by his first lead role in the 2006 children’s film ‘How To Eat Fried Worms’.  He got his first breakthrough with the co-lead role of Luther in the Disney XD series, ‘Zeke and Luther’. He has also starred in the film ‘Lemonade Mouth’. Also, he has appeared in several Jonas shows which were starred by Nick Jonas. One of his achievements is that he replaced Mitchel Musso’s character, King Brady, as King Boz on the Disney sitcom Pair of Kings.

Adam Hicks: Salary and Net Worth

He has an estimated net worth of $3 million.

Adam Hicks has a height of 6 feet 2 inches. His body weighs 83kg. He has red hair and green eyes.