(Journalist and a Senior News Correspondent)

Journalist Adam Housley is married and a father of two.

Adam Housley is a married man. He tied the knot with the co-host of The Real, Tamera Mowry on 15 May 2011 after dating her.

Apart from her, there are no external relations and affairs of Adam. So far, they have maintained a sound relation between them and living happily. 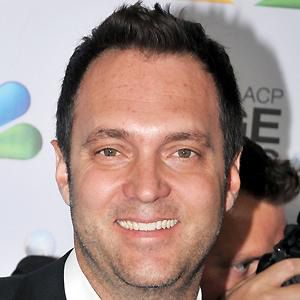 Who is Adam Housley?

Adam Housley is a veteran journalist and a senior news correspondent for Fox News Channel. Furthermore, he was also a former baseball player.

In addition, Adam has also won Emmy and AP awards. Moreover, his notable works include covering the 2010 Haiti earthquake, 2011 Tōhoku earthquake, tsunami, and much more.

He was born on 13 August 1971, in Nepa, California in the United States. he belongs to the Caucasian ethnicity.

There is not much information regarding his father, mother, siblings, and early life.

Concerning his education, Adam completed his bachelor’s in political science and telecommunications.

In 2014, he earned his master’s degree in International Security from the University of Arizona.

Adam Housley began his journalism career as a reporter with a radio station named KVON-KVYN. He used to develop and produce newscasts.

In 1998, Adam served at KFTY-TV as a lead reporter and worked there for two years.

Prior to KFTY-TV, Adam was at KCPM-TV working as a live reporter. In addition, he has also served at KTXL-TV in Sacramento, California from 1999 to 2001 as a reporter.

Later, Adam began to work at Fox News Channel as a reporter and later become a lead reporter. During his time at Fox News, he covered some the extraordinary campaigns which consisted including Arnold Schwarzenegger’s 2003 campaign and various devastating hurricanes such as Katrina and Rita.

Throughout his journalism career, Adam earns a huge amount of money. Currently, he has a net worth of $4 million.

Moreover, his salary as a journalist is around $38k per year.

So far, there are no drastic rumors regarding his personal and professional life. However, he has been criticized for his interracial marriage with Tamera.

At that time, Adam got backlash from his fans as well from his parents. Apart from that, Adam has not been the topic of controversy yet.

Dashing and tall, Adam Housley has a towering height of 6 ft 3 inches. Furthermore, he has beautiful brown eyes and dark brown hair.

He regularly updates and posts photos on social sites.