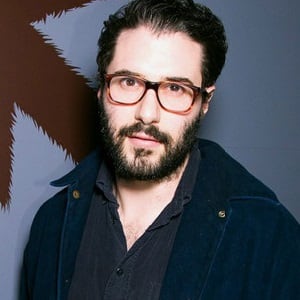 What is the relationship of Adam Kimmel?

Adam Kimmel is a married man. He is married to actress Leelee Sobieski. The pair first met in 2009 and later engaged on May 28, 2009. They eventually married on August 31, 2010. The couple has two children together: Louisanna Ray and Martin. Their marriage is going strong as there is no news regarding any extramarital affairs at present.

Who is Adam Kimmel?

Adam Kimmel is a timeless menswear designer in New York. He has collaborated with international designers including Supreme and Carhart. His store is located all over the world and his collection is distributed in 76 of the best boutiques.

Kimmel was born and brought up in New York. There are no details available about his early life and childhood at present. Additionally, he is of American nationality. Furthermore, detailed information relating to Adam’s ethnicity is Caucasian.

Talking about his education, he studied architecture at New York University. Simultaneously, he made clothes for his friends.

After graduating he went to Italy to work with pattern makers and tailors.

Initially. in Italy he designed small menswear and it was showcased for FW2004. He made comfortable utilitarian workwear with an elegant luxurious feel. His collection was praised by Colette in Paris, fashion editors, stylists, and photographers. As of 2022, he has an estimated net worth f $1-$5 million.

He then started taking orders and opened his first store the Adam Kimmel Collection in Manhattan’s West Chelsea.

Is Adam Kimmel involved in any rumors and controversies?

Kimmel has not been any part of any type of rumors or controversies so far. Furthermore, at present, there are no rumors concerning his life and career.

Talking about his body measurement, there are no details available about Kimmel’s height and weight. His hair color and eye color are dark brown.